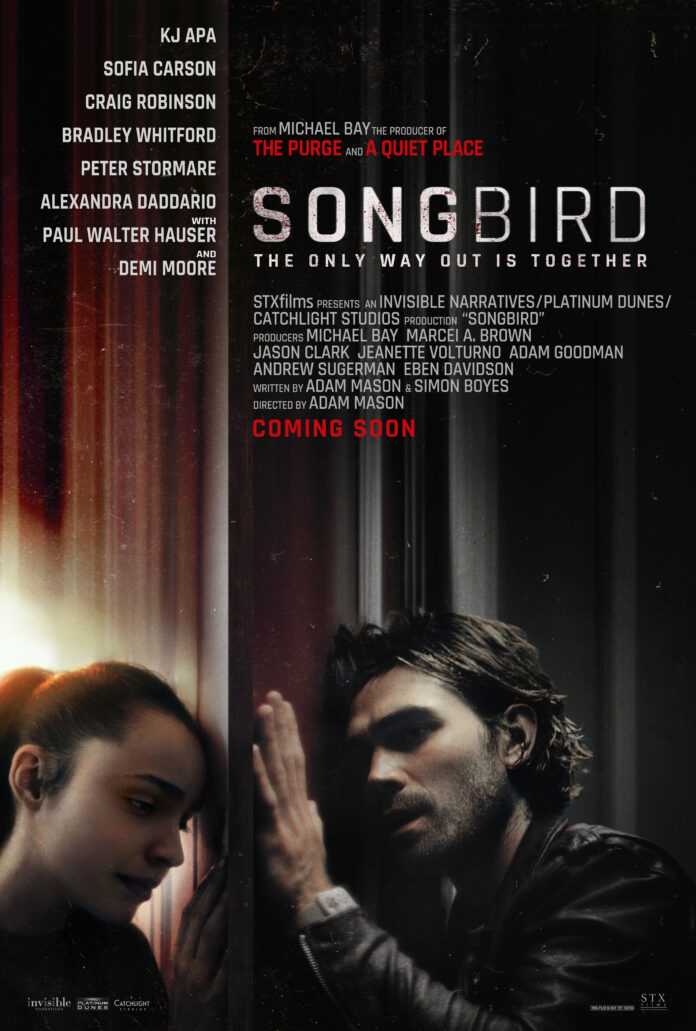 So as we begin another lockdown in what feels like the End of Days we now have our first pandemic film with the arrival of the Songbird trailer directed and co-written by Adam Mason a British director who had made a number of pop videos but also a stack of largely forgettable films but he did direct Al Pacino in ‘Hangman‘ a lamentable serial killer film. Songbird does look a lot better though

Set in 2022 (though the way Covid -19 is going it looks like it will still be around by then) a pandemic ravages the world and its cities. Centering on a handful of people as they navigate the obstacles currently hindering society: disease, martial law, quarantine, and vigilantes. Frankly this sounds like the aftermath of our Editors stag do. 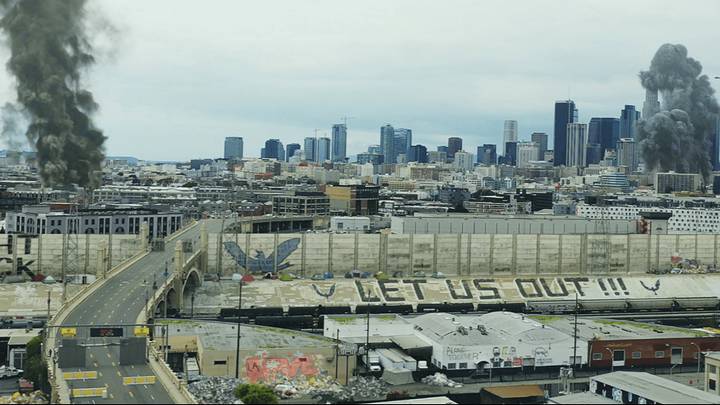 Anyway its good to see Demi Moore back having left films like Striptease way behind her and Alexandra Daddario appears in this too  which in our books is always a plus point as is Peter Stormare but for different reasons. Its likely that over the coming years we’re likely to get a whole load more of pandemic themed films and its interesting to note that back in March 2020 when the first lockdown came into effect it was Steven Soderburgh’s 2011 film ‘Contagion’ with its all star cast that was in huge demand on steaming services.

Produced by Michael Bay, who was also tone of the producers behind ‘A Quiet Place‘ and from what we can see from the Songbird trailer this looks like it could be a decent claustrophobic thriller. We think it might feature a President who looks like a melted Toby jug, impervious to infection and oblivious to pandemic – just a guess!

We have not been told of any confirmed release date yet except that Songbird is coming soon!