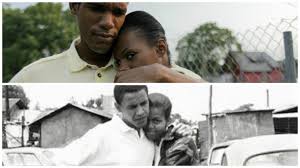 With the US Presidential election seeming to be a contest between a brain dead billionaire and a security email leeking, document disclosing supermum vying for power all is set for an insane run up to poll day when both parties will probably pull out all stops.

Meanwhile lets have a look back at Obama who in fairness has hardly been the greatest president beset by lacklustre ratings, failed policies and indecision over international affairs. Instead here’s a new film about Barack and Michelle…the early years!  Can’t wait for the ‘Donald the Disaster Decade’!