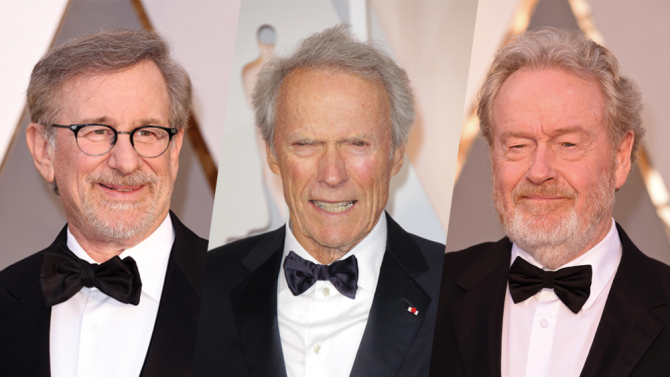 With the summer blockbuster season now over the race to be Oscar nominated begins to crank into motion and this year there are three big name directors who may be vying for top prize if their films are released in time.

First up is Spielberg himself. Having released the trailer for Ready Player One (see our Coming Soon section) to much interest and speculation it seems that he’s managed to squeeze in another film. Titled, ‘The Papers’ it shot during the summer and wrapped back in July and follows an historic  moment in journalism (no, it wasn’t  the day our Editor went without a drink) but  when the first female published newspaper and her editor pursued a government cover up that spanned four US Presidential terms. It stars Tom Hanks & Meryl Streep and if it hits its release date of December 22nd it will be eligible to be Oscar nominated.

Hot on its heels is Clint Eastwood (still directing at 87 years old) who has a reputation for economy and delivering on budget. It was only announced in April this year that he was to direct ‘The 15:17 to Paris’ about the childhood friends who thwarted a terrorist attack on a French train. At present it’s still shooting but is likely to be edited super quick and if Warners choose it could be out for Christmas. What may get the public’s attention is that the actual men are playing themselves in the films lead roles. In a year which has seen terrorist atrocities in London, Barcelona and Paris amongst many others it may well be a goodwill nomination. However what may scupper the films chances are Eastwood himself solely due to how publicly he supported Donald Trump in the run up to the presidential elections especially as Hollywood abhors the comedy quiffed clown who now runs the US. Equally Warners are certain to get nominations foe Christopher Nolan’s superb ‘Dunkirk’ and Wonder Woman which is mooted to be put forward for Oscar consideration too.

Which brings us to the last potential contender, Sir Ridley Scott, who turns 80 this year. Having hyped up Alien Covenant so much only to find its performance at the box office being at best, lack lustre, to such a degree that there is a possibility it may jeopardise  any further films in the franchise. Having been nominated as Best Director four times previously (Thelma & Louise, Gladiator, Black Hawk Down & The Martian) he’s never actually won an Oscar so perhaps it’s his turn now with his next film, ‘All the Money in the World’. The film covers the kidnapping in 1973 of the 16 year old son of John Paul Getty who at the time was one of the richest men in the world. It recently finished shooting and is pencilled in for a December  8th release. A great cast includes Michelle Williams, Mark Wahlberg and Kevin Spacey who is apparently unrecognisable under mountains of prosthetic make up as the boy’s grandfather.

Early days yet but by November things rally start hotting up however we confidently predict that ‘CHiPs’ will not earn any Oscar nominations.