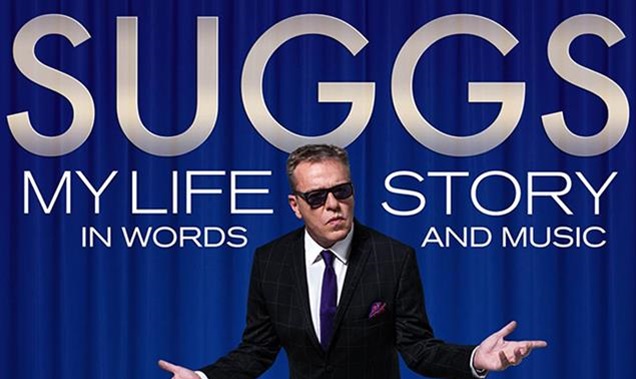 Those of a certain age will remember the UK band Madness and their infectious songs and loopy videos having fifteen singles that entered the top ten charts in the UK during the 1970s, ’80s and the ’90s. The band members went their own separate ways some time ago reforming every so often for one off gigs with lead singer Graham McPherson aka Suggs probably being the most successful with TV and radio shows as well as the occasional solo album and singles.

Now though UK documentary filmmaker Julien Temple the man behind Sex Pistols film ‘The Great Rock and Roll Swindle’ as well as notorious British musical, ‘Absolute Beginners’ that was unfairly blamed for the downfall of the British film industry in the 80’s is to make a movie about UK singer Graham McPherson, aka Suggs and the film adaptation of My Life Story, the singer’s popular stage show based on the Madness singer’s quest to find meaning to his life after his 50th birthday leaves him wondering who is really is.  The film will include narrative drama elements as well as live performance and archive and is ultimately due to screen next year as an event cinema release.

The original show, written by McPherson and Toby Follett and directed for the stage by Owen Lewis, opened at the Edinburgh Festival in 2012 and has now played to more than 250,000 people.

Filming starts on September 27 on location in London’s Hoxton Hall and will combine montage style of drama, performance and music with release plans as shaping up for next spring.