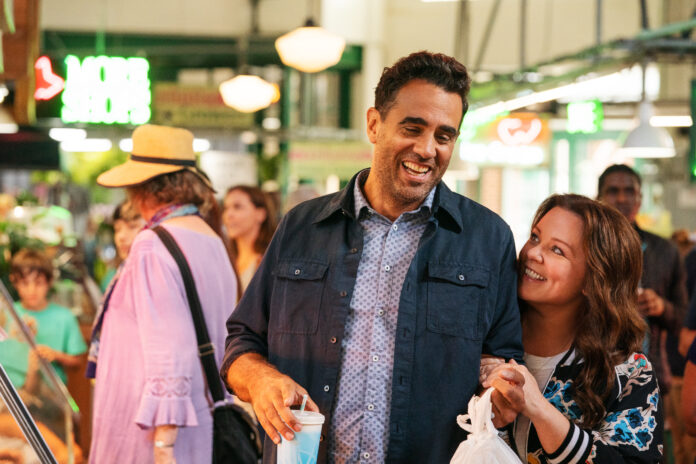 When the SuperIntelligence trailer landed in our inbox we were a little wary because as much as we like Melissa McCarthy we, along with much of the UK, raise a collective groan at the sight of James Corden’s name attached to the film but the American’s love him since he upped sticks and moved over there. So our loss is America’s loss also. mercifully he seems to be only providing the voice of a super computer with the rest of the cast including  Bobby Cannavale and Brian Tyree Henry appearing in the flesh.

When an all-powerful Superintelligence (James Corden) chooses to study the most average person on Earth, Carol Peters (Melissa McCarthy), the fate of the world hangs in the balance. As the A.I. decides to enslave, save or destroy humanity, it’s up to Carol to prove that people are worth saving.

Now with that synopsis we can only offer up thanks that the computer didn’t choose Joey Essex, Gemma Collins or Amanda Holden although with a pandemic having decimated the world we do wonder. Directed by Ben Falcone who helmed her hit comedy ‘The Boss‘ and Life of the Party but also appeared with McCarthy in her Oscar nominated role for ‘Can You Ever Forgive Me?’ but then they are married so looks like they never get a break from each other. This is McCarthy’s first film since Can You Ever Forgive Me? and is a return to comedy and the Superintelligence trailer has no hint as to whether this will get a theatrical release which is still to be confirmed as Kung Flu is still rife and we suspect that this might well go to Warners streaming service as did the recent release of The Witches.

Superintelligence will be released nationwide by Warner Bros. Pictures