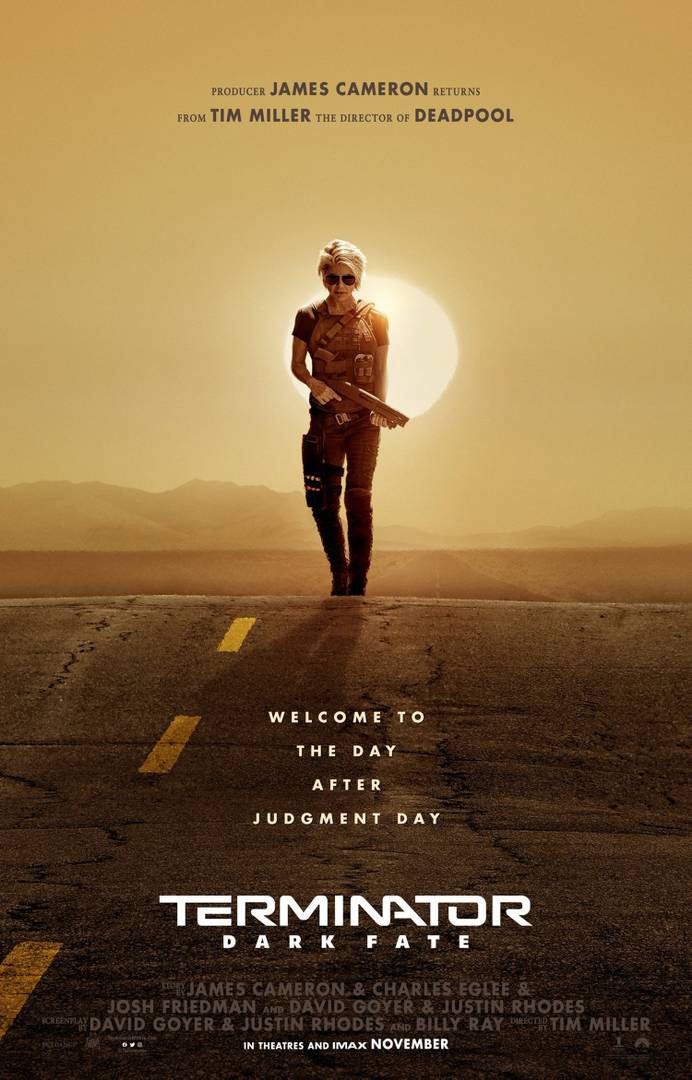 So the Terminator Dark Fate trailer has just landed on our desk and we knew we had to share this with you asap. Now we ran a little feature about this here a little while ago but it seems that the countdown is now beginning in earnest.

The franchise has had a steep downward trajectory especially from the 4th film onwards with Terminator Genysys being rightly forgotten which surely must have seen a marketing department sacked after a monumental error of judgement in the trailer which ruined the films big twist. We were always defenders of the third film, ‘Terminator 3 Rise of the Machines’ and though nothing was ever going to top Terminator 2 which still stands the test of time as one of the greatest sci fi action films ever made with truly ground breaking effects for the time. The third film had a great car chase with a crane, a decent scene in a cemetary and for a Hollywood film was brave enough to have an extremely downbeat ending.

Nonetheless it seems that James Cameron, who here writes the story, has decided to completely ignore the third, fourth and fifth films and the Terminator Dark Fate trailer or Terminator 6 as we call it it seems a throwback to T2 and it sees the return of both Arnold and most notably Linda Hamilton, a former Mrs James Cameron. This new film will be helmed by Tim Miller who was behind Deadpool but the Terminator Dark Fate trailer looks far more serious with some truly insane looking stunts and effects work.

The films release has been pushed back from the summer as it was going to clash with ‘Hobbs and Shaw’ but instead it will now be released on the 35th anniversary of the original film back in 1984. UK gets it 23rd October and the US on 1st November 2019