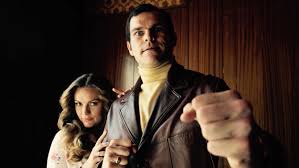 It’s almost 20 years now since ‘Lock, Stock and 2 smoking barrels’ crashed into cinemas and launched the carer of fledgling writer /director Guy Ritchie who cast real life hard man Lenny McClean as Barry the Baptist in the film. In real life McClean had been a notorious bare knuckle and now there’s to be a film about his life called ‘My Name is Lenny’.

MY NAME IS LENNY chronicles Lenny McLean’s origin as a young street fighter in 1970s East End London, the haunting effects of horrific childhood abuse, and his bitter rivalry with Roy Shaw across three unlicensed boxing matches, culminating in Lenny taking the championship title of “The Guv’nor”. In his later life, Lenny McLean went on to become a bestselling author, and won TV and film roles before passing away in 1998.