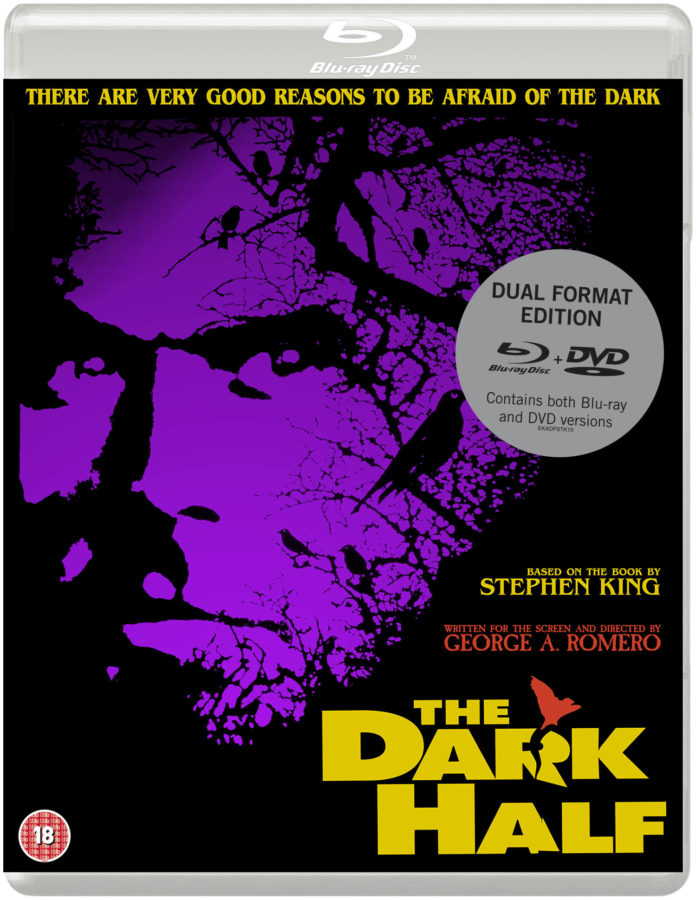 George Romero had seemingly left his zombies behind with 1985’s Day of the Dead but his first film after that trilogy had been ‘Monkey Shines’, which had bombed at the box office and it would be five years until he made another film. Still smarting from the films failure he turned to Stephen King whose work he had directed previously with the anthology film ‘Creepshow’ and was now to adapt The Dark Half.

The Dark Half was to be story set around one of King’s his regular themes, the tortured writer, and here the film follows horror writer Thad Beaumont (Timothy Hutton) trying to distance himself from his murder novels and especially from George Stark the pseudonym he used to write under. In order to do this Beaumont settles on the idea of a publicity stunt to murder Stark and hence lay the pseudonym to rest forever. Unfortunately people around him start getting bumped off in gruesome manner and his fingerprints are all over the crime scenes. Initially confused he finds that Stark has taken on a life of his own with a gruesome quest for vengeance of his own.

King himself had written under the pseudonym Richard Bachman and there’s probably a certain degree of exorcism in the story and writers have remained a constant in his work perhaps most famously with the acclaimed book and film ‘Misery’. In the lead role Romero had cast Timothy Hutton who had won a Best Supporting Actor for 1980’s ‘Ordinary People’ but had never really capitalized on the success with subsequent films and he had not been the first choice to play the lead in The Dark Half,  essentially the role of a schizophrenic, to such a degree that to get into character he even had two separate winnebago’s and even his make up artist got in on the act by dressing differently for whoever Hutton was playing that day. Hutton though had allegedly caused a bit of friction on set by staying in character which was fine when he was Beaumont but Stark was a unpleasant role and no one wanted to be around that.  In fact the lead role was originally going to be a young Michael Rooker who had made a tremendous impression in ‘Henry Portrait of a serial killer’. Unfortunately the studio didn’t want him and was instead offered a supporting role. Whether this was the cause of friction between him and Hutton is unknown but Rooker has gone on record as saying that he thought that his technique was not ‘method acting’ like Hutton.

The Dark Half was apparently a stressful production not just because of the on-set tension between actors and Hutton’s behavior. It was also producer Declan Baldwin’s first film in that position and the film also used some relatively new technology with motion control cameras still in their relative infancy at the time. Also the films use of live birds which in this case were finches, and much like Jaws is cited as a warning about filming on water, Hitchcock’s The Birds was a warning about working with animals and yet the filmmakers still went ahead with The Dark Half. The film went over schedule due to the finches.

However much like Monkey Shines which had been marketed badly Romero was to find more problems with the studio. The film was effects heavy for the director and unknown to him the unfinished film with effects incomplete was shown to a test audience who thought the ending which was dependent on decent effects looked rubbish. It was unfair on both the crew and audiences  as the effects were nowhere near compete so naturally would impact on an audiences impression of the climatic sequence. Nonetheless the studio after reading the test cards insisted on a different ending. If this wasn’t bad enough the studio was going bankrupt so money was running out too and the studio wanted to get it released rather than leaving it on the shelf for  a couple of years where it wouldn’t earn any money. As it is it was released in the US on 23rd April 1993 making almost $11m there. 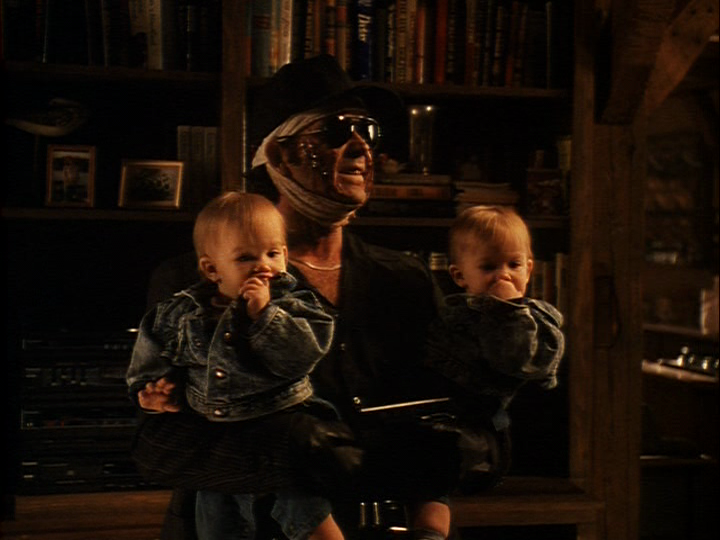 Out on Blu-ray for the first time The Dark Half features a commentary from Romero albeit from some years ago owing to the director having passed away in 2017. There’s also a decent Making of with all the main contributors except Hutton. The disc also has the usual bonus features such as a trailer, a TV spot and some behind the scenes material and the limited edition of the disc has a booklet with some new writing on the film.  Romero’s career was certainly on a gradual slide after this but The Dark Half is a decent adaptation of a King novel and if nothing else it was to be the last film that Romero would make in his beloved Pittsburgh.

Here’s The Dark half trailer…… 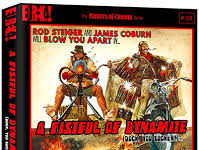