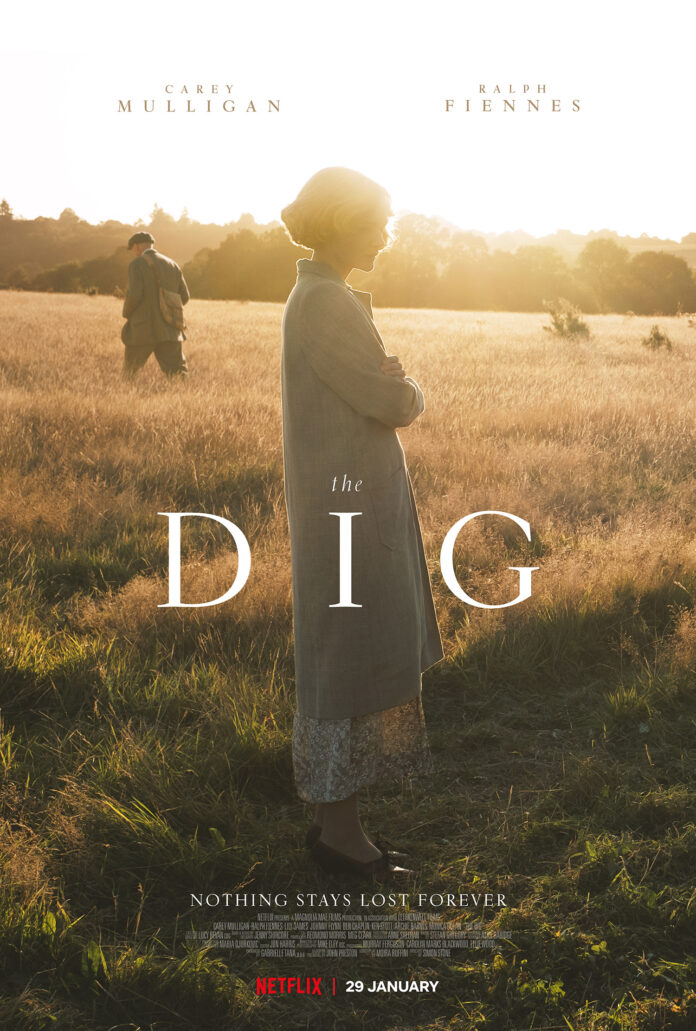 Landing in our inbox is the The Dig trailer with the tagline ‘Nothing stays lost forever’ …..except odd socks. Anyway based on a true story, THE DIG trailer stars Carey Mulligan, Ralph Fiennes, Lily James and Johnny Flynn who we will shortly see as an early seventies David Bowie in Stardust. The film is directed by Simon Stone an actor turned director whose last film The Daughter was inspired by Ibsen’s ‘The Wild Duck’.

Based on a novel by John Preston The Dig trailer is set in 1938 as WWII looms, a wealthy widow (CAREY MULLIGAN) hires an amateur archaeologist (RALPH FIENNES) to excavate the burial mounds on her estate. When they make a historic discovery, the echoes of Britain’s past are illuminated in the face of its uncertain future………it is a bit of a clue to say that what was found during this ground breaking dig is now exhibited in the British Museum and probably every school boy, school girl and history scholar (and pub quiz enthusiast) will know exactly what was found buried in the English countryside 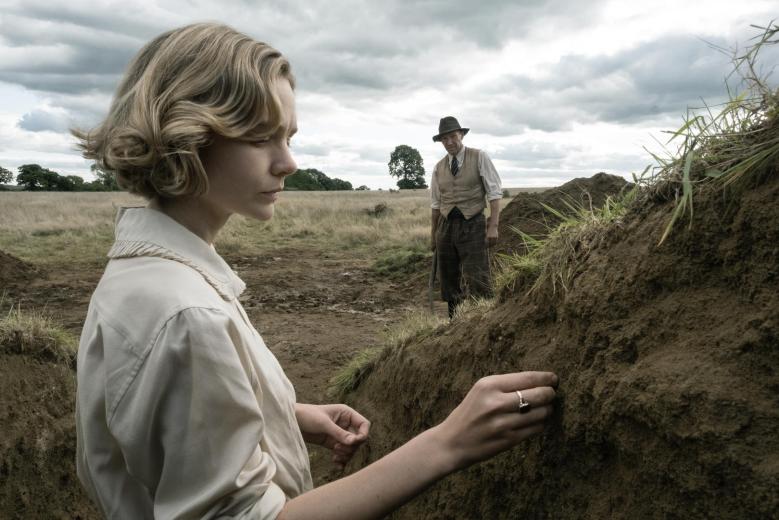 The films had a lengthy history with Cate Blanchett originally attached to play Edith Pretty back in 2013 and then Nicole Kidman came onboard but scheduling problems led to her dropping out and Carey Mulligan taking over. As the archaeologist Ralph Fiennes has previous form having actually helped establish an archaeological field school based in Cheshire with his brother. The Poulton Research Project is a multi-period site with a significant medieval cemetery that archaeology students and volunteers help excavate every spring/summer. We’ve often thought of getting a team of archaeologists to search for the Editor’s wallet which hasn’t seen daylight in decades (‘You’re fired!‘- Ed)