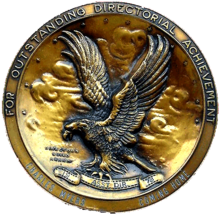 So ‘La LA Land’, ‘Lion’ and’Manchester by the Sea’ crop up once again. Seems to be a bit of a pattern emerging here……