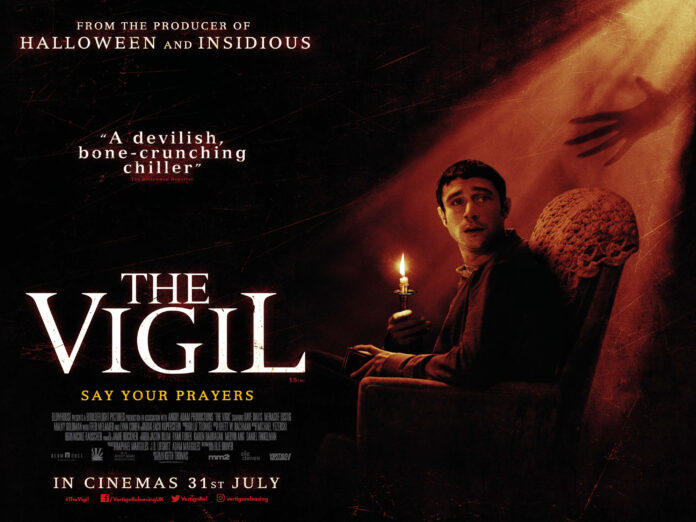 In the Hassidic community of Boro Park, Brooklyn, a despondent young man, short on both faith and funds, reluctantly agrees to assume the responsibility of an overnight shimmer and fulfill the Jewish practice of watching over the body of a deceased member of the Orthodox community. With only the company of the recently departed and an ailing widow who expresses cryptic reservations as to the man’s ability to carry out the task, he soon finds himself exposed to a terrifying haunting within the claustrophobic confines of a home that has become host to a malevolent entity. Shortly after arriving at the dilapidated house, Yakov realises that something is very, very wrong. This will not be a quiet vigil……as you’ll see in The Vigil trailer. 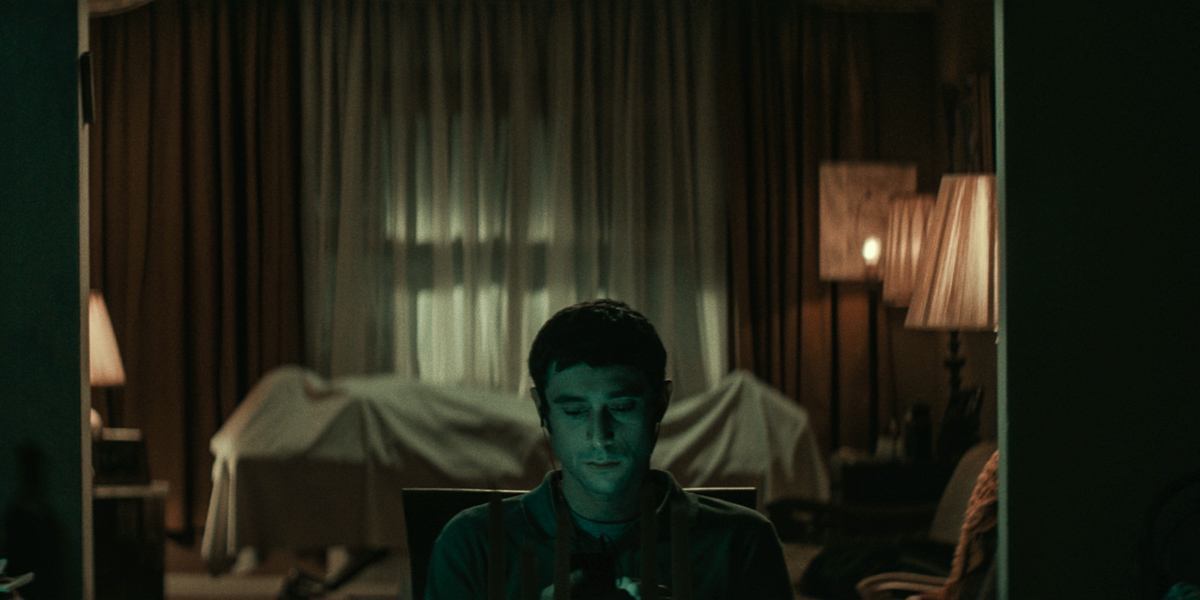 In what is essentially a one-man show, actor Dave Davis is profoundly affecting in his portrayal of the hesitant sentinel, exuding an empathetic combination of frayed nerves and timid weariness. Throughout this uncanny night, his vigil gradually transforms into a harrowing spiritual investigation of both his cursed surroundings and his pitiable past – a journey in which the very recesses of his community’s collective trauma

THE VIGIL is set over the course of a long, dark night in Brooklyn’s Hassidic “Boro” Park neighbourhood and is described as “a fresh take on the religious/demon possession horror film”. THE VIGIL trailer is the startling debut feature from Keith Thomas. With an unusual and evocative setting, it’s beautifully crafted, packed with fingernail-shredding scares (including a mysterious video message that’ll stand your hair on end), an ominous and eerie score, and features a standout performance from Davis as a man confronting evil. The words “You want some tea?” will never sound the same again.

The Vigil is released in UK & Ireland cinemas on 31st July 2020 (if the CV-19 second wave hasn’t closed everything down again!)