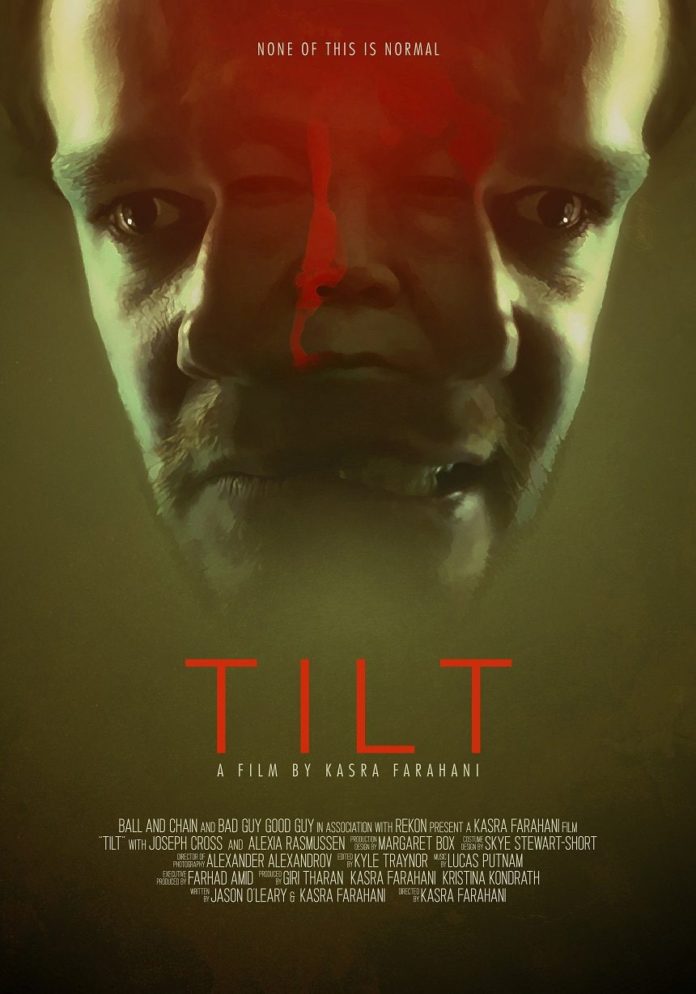 Our Editor never tires of telling us that he doesn’t want children unfortunately his twin boys, Adolf & Damian, were 13 when he realized this (‘You’re fired!‘- Ed). In Tilt it’s the imminent arrival of his first child that Joe (Joseph Cross) an earnest left wing liberal unemployed documentarian has to deal with as he carries out the research for his new film. Having made a documentary about pinball 4 years previously that made Joe a small amount of money he now struggles to make his second film.   But Joe’s not quite all there with frequent bouts of staring at himself in the mirror in much the same way as Teresa May must do wondering where it all go wrong.

He’s also prone to walk a out of the house at night on his own in a hoodie with a half vacant stare in his eyes seeing increasingly bizarre visions that start with a lone Japanese tourist and becoming  increasingly deranged notably in an encounter with a happy snapper tourist who he almost pushes over a cliff edge. Added to this is a phrase that he keeps typing into an internet search engine which initially comes up with nothing but as he revisits the phrase over the following days pages appear with sinister content alluding to the death of a Japanese tourist.  Disaffected by his partners obvious concern for her own pregnancy and her disinterest in his film none of which bodes well as reflected in the narrative for his film which becomes more obsessive taking in the destruction of nuclear bombs. Joe is developing an appetite for destruction unable to focus on his forthcoming birth of his first child and alienates and isolates himself.

‘Are you Ok?’ asks his girlfriend. Clearly he is not. The last time we saw such confusion on someone’s face was Diane Abbott trying to understand how they taught the animals to talk in The Lion King. It’s not quite the compelling study of the disintegration of a man’s mental health as it hopes to be. The arrival of a baby that needs constant attention focuses the mind ……just look at Trump in power which is what Joe seems obsessed with in researching his documentary and there’s frequent newsreel of The Donald on TV as Joe hurls vitriol at him. All the signs are there but it’s his partner who excuses his behaviour though her friends don’t.

Ultimately much like the film Joe loses the plot and though Tilt was made back in 2016 it’s comparable in theme to the recent release of Joker unfortunately it doesn’t compare favourably. Actor Joseph Cross is good in the role and there’s an uneasy end to the film which works well but ultimately writer -director Kasra Farahani’s Tilt, billed as the first Trump inspired horror, is a low budget, low key and ultimately low interest film.

Here’s the trailer for Tilt…….

TILT IS RELEASED ON DIGITAL DOWNLOAD ON 25TH NOVEMBER 2019 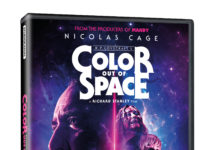