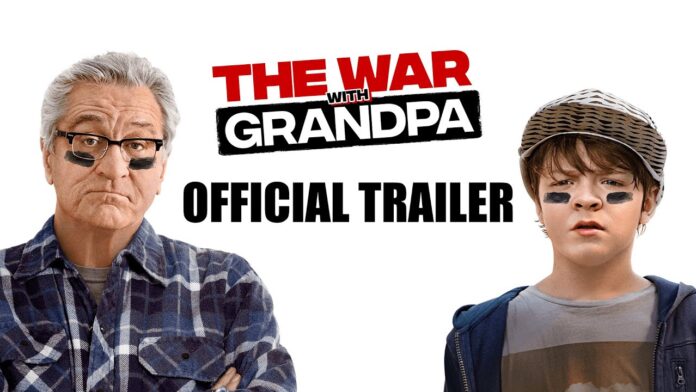 With Robert De Niro waging a highly vocal tirade at Donald Trump at any given opportunity we were surprised that  when the The War with Grandpa trailer landed in our inbox is wasn’t about their public feud. Instead its a family comedy based on Robert Kimmel Smith’s popular children’s book.

The War with Grandpa trailer focuses on a boy being forced to move out of his room when his recently widowed grandfather moves in. With the help of his friends, the boy devises outrageous pranks to make his grandfather surrender the room – but he turns out to be tougher than expected. 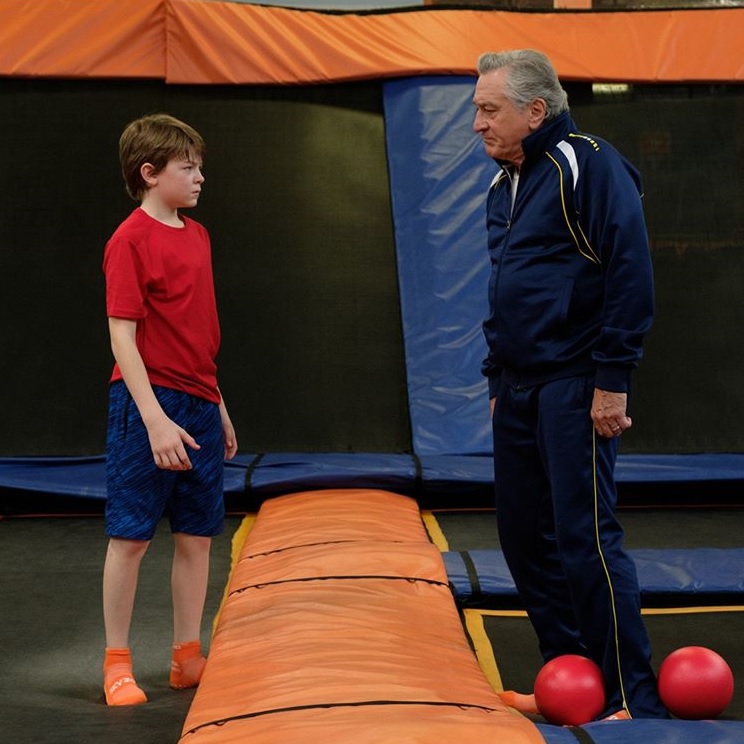 Now this has a really great cast with co-stars Christopher Walken (both worked on The Deer Hunter), Uma Thurman (who last appeared wit De Niro in 1993’s ‘Mad Dog and Glory’), Rob Riggle, Cheech Marin, Laura Marano, and Jane Seymour (aka Dr Quinn Medicine Woman) and there’s even a Godfather gag (albeit not the one that De Niro appeared and won his first Oscar). Directing is Tim Hill who has a decent pedigree in family friendly comedies that include The Spongebob Movie : Sponge on the Run (which was going to get a theatrical release until the Kung Flu pandemic) but has also directed Muppets From Space,  Alvin and the Chipmunks and Hop. This is the second ‘Grandpa’ film De Niro has made – the first being the catastrophically awful ‘Dirty Grandpa’ – a film that really besmirched his catalogue of performances and has since made up for with Joker as well as The Irishman. From the The War with Grandpa trailer this looks decent enough family fare and with a cast like that hopes are high.

Here’s The War with Grandpa trailer……..