Since Arnie returned to movies each of the subsequent films has hardly set the box office alight with his box office now being a former shadow of what was one of the biggest draws of the late 80s – early 90’s. Even resurrecting Terminator Genysys  served only to remind everyone just how good the first two films were and the re-release of Terminator 2 3D showed just how ahead of the curve James Cameron was that the film still seems as fresh as it ever was and showed no signs of its 27 year age gap.

Genysys pretty much put an end to what was an intended trilogy and the rights thankfully have reverted back to James Cameron who is about to start full time lensing of the next bunch of Avatar sequels.

However he has revealed that he has already put a story together which will feature both Arnie and Linda Hamilton stating, ‘As meaningful as she was to gender and action stars everywhere back then, it’s going to make a huge statement to have that seasoned warrior that she’s become return. There are 50-year-old, 60-year-old guys out there killing bad guys, but there isn’t an example of that for women.”

Which is fair enough.

So what do we know?

Cameron will produce but directing it will be Tim Miller, who having  had huge success with Deadpool, found himself off the sequel. Much as we loved the opening scenes to Deadpool we felt it quickly petered out by the end but showed that he can handle action. Every fan in the world has their view on where the story should go and with Arnie now returning to his iconic role one of the story ideas was the origin of the T-800 with Miller saying,

‘Yeah, you got to ask yourself, ‘Why did they make these characters look and sound like Arnold? There has to be a reason. So yeah, it has flashed through my mind that there has to have been a prototype.

Now, the question is, did that person have some sort of meaning to Skynet on WHY they chose that one? Or was it like a whole rack of Terminators and the one that happened to be the Arnold model just happened to be closest to the door going out to the time displacement center and all the others looked different?’

As for Linda Hamilton she’s now 61 and still looks fantastic but has never really surpassed her role in the Terminator films having done  mostly TV ever since. Neither will she be the front and centre role of T6 which it appears will be an 18-something woman.

Cameron has suggested that the story will deal with the evils of technology (ironic for someone whose films are so techno driven) and will ignore the events of T3, T4 and especially T5 and will be a direct sequel to T2. A writers room has put together a trilogy of films that can also be standalone films and screenwriters have included David Goyer (Batman Begins) David Eglee (The Shield) & Josh Friedman (War of the Worlds).

However it seems that though Robert Patrick is up for appearing again rumours so far suggest that that’s not got going to happen.

Filming is now set to start in March 2018 with Arnie then going on to make a sequel to ‘Twins’ called. ‘Triplets’.

A release date for T6 is set for July 26, 2019. However Sony has already set an untitled animated film for that slot. 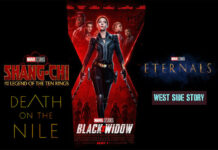