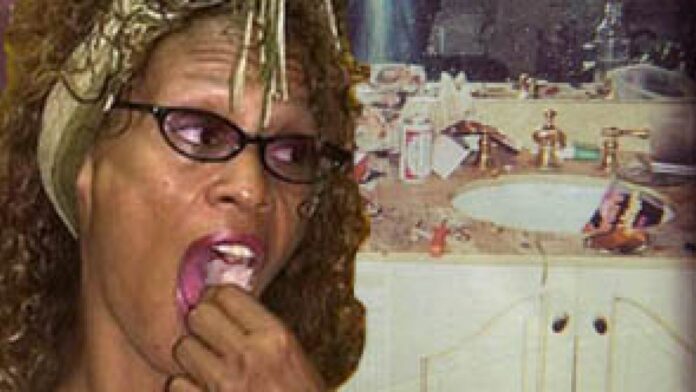 So we’ve had some pretty drippy films starring pop singers with Mariah Carey in ‘Glitter’ probably the worst and wetter than Whitney Houston’s last joint. But biopic’s about pop stars are proving to be far better. We’ve already had a trailer for the upcoming Aretha Franklin biopic, ‘Respect‘ and a David Bowie film is awaiting a release date but now it looks like we’re going to get a Whitney Houston biopic titled, “I Wanna Dance With Somebody” with an Autumn 2022 release date planned. The film will be made by TriStar Pictures who won an auction over at least five other studios for the Whitney Houston biopic.

It’s certainly got a decent start with a script by Oscar-nominated screenwriter Anthony McCarten (“Darkest Hour,” “Bohemian Rhapsody,” “The Two Popes”) and who is also scripting a Bee Gees biopic. Unusually McCarten self-financed a life rights option, then wrote the script on spec, lined up the rights and music before auctioning the package. The Whitney Houston Estate and  Grammy-winning music producer and Houston’s mentor Clive Davis are all aboard the Whitney Houston biopic and lined up to direct is Stella Meghie. Now Houston’s demise in a hotel bathtub won’t be whitewashed apparently with the producers saying it will be a….. ‘joyous, emotional and heart-breaking celebration of the life and music of the greatest female R&B pop vocalist of all time, tracking her journey from obscurity to musical superstardom. While being very frank about the price that super-stardom exacted, it will be both the rich and complex saga of the search for the perfect marriage between song and singer and audience, and at the same time the moving tale of a simple Jersey girl trying to find her way back home.”

Selling more than 200 million records worldwide, winning six Grammy Awards and two Emmy’s Houston remains the most awarded female music artist of all time and was inducted earlier this year into the Rock & Roll Hall of Fame. Though its a Whitney Houston biopic we’re keen to see how Bobby Brown comes out of this after his delusional denial of Houston’s drug issues in the recent documentary, ‘Whitney‘