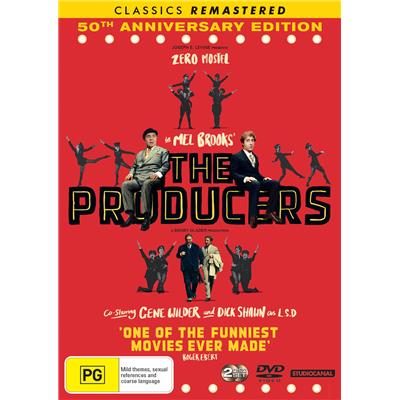 With Disney turning their animated classics in to live action films writer / director Mel Brooks (who’s 92 years old!)has been turning his comedies into hit stage musicals of which The Producers was an enormous success when he adapted it for Broadway in 2001 with Nathan Lane and Matthew Broderick starring. The Producers stage show went on to win 12 Tony Awards.

But the film of The Producers was where it all started for Brooks where Max Bialystock (Zero Mostel) is a washed up Broadway producer forced to romance old ladies to finance his plays. When timid accountant Leo Bloom (the late Gene Wilder) is brought in to do his books, he inadvertently reveals to Bialystock that under the right circumstances, a producer could make more money with a flop than a hit. Bialystock cajoles Bloom into helping him achieve this end and together they come up with what they consider to be a sure-fire disaster waiting to happen – a musical version of Adolf and Eva’s love story entitled ‘Springtime For Hitler’. But is it possible that they might actually have the most unlikely hit of all time on their hands? 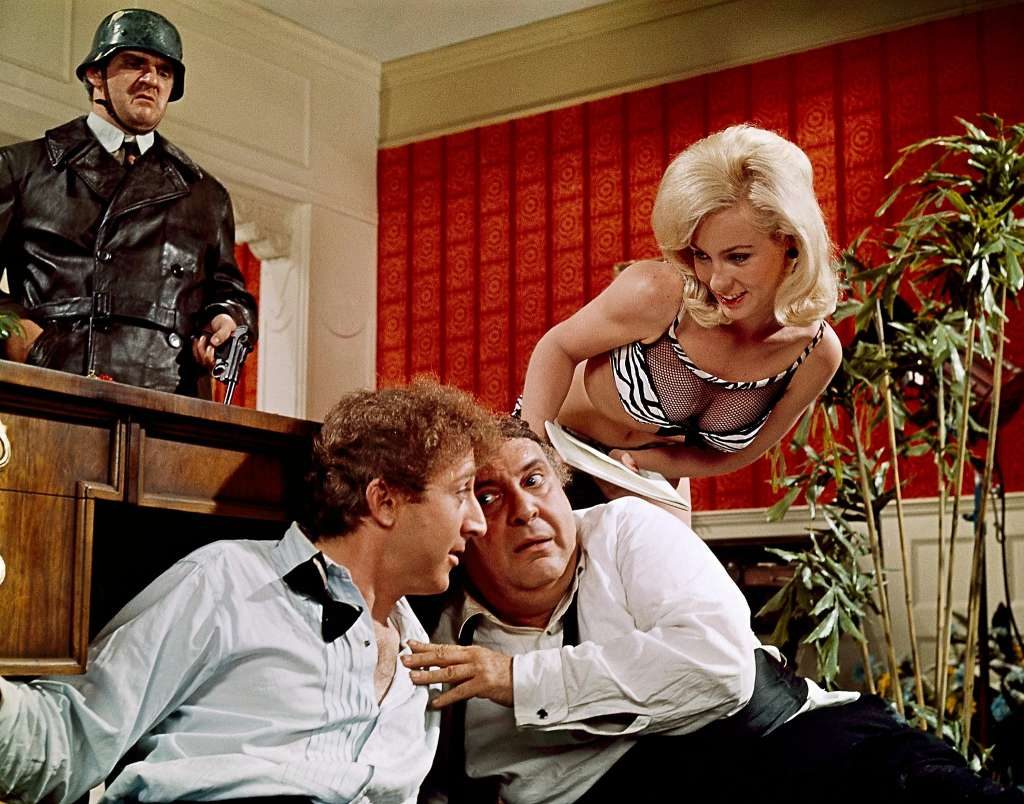 Having spent years writing for TV comedy shows The Producers would be Mel Brooks first feature film (and he would win an Oscar for its screenplay) and was a hit memorable for its ’Springtime for Hitler’ song and dance number and laid the ground for his hit comedies in the seventies Blazing Saddles, Young Frankenstein, Silent Movie & High Anxiety each taking swipes at the western, black & white horror films, silent  films and Hitchcock respectively.

Which of these Mel Brooks films did Gene Wilder NOT star in?

Here’s the trailer for The Producers…….