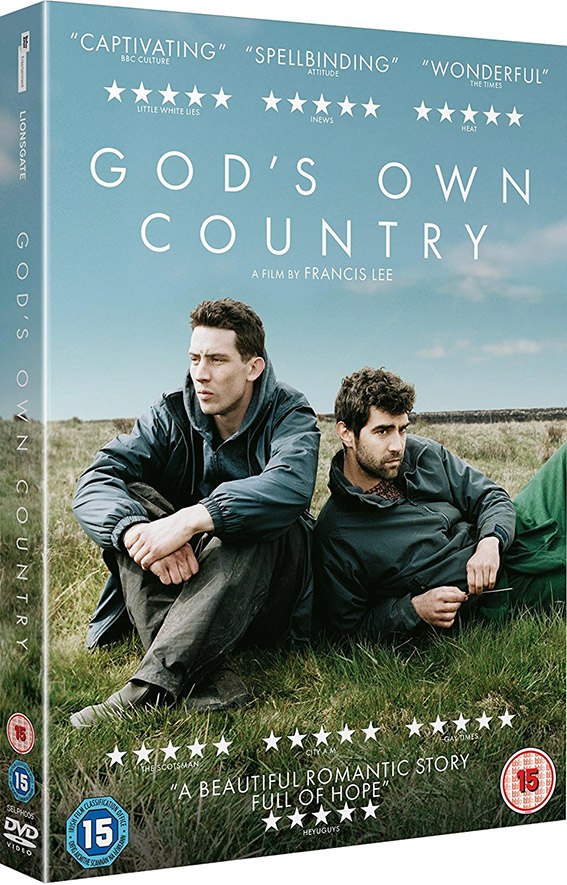 God’s Own Country is perhaps not for everyone and is certainly a film to get the Daily Mail frothing at the mouth but since launching at Sundance Film Festival early 2017 and opening the 2017 Edinburgh International Film Festival, where it won the Michael Powell Award for Best British Feature,GOD’S OWN COUNTRY has gone on to achieve widespread critical acclaim. The recent 2017 British Independent Film Awards saw the film win the Best British Independent Film Award, alongside Best Actor for Josh O’Connor, Debut Screenwriter for Francis Lee, along with the Best Sound award.

GOD’S OWN COUNTRY is a contemporary tale of self-discovery and emotional-awakening set on the sheep farming hills of rural England. Johnny Saxby (Josh O’Connor; The Riot Club, The Durrells) works long hours on his family’s remote farm in the north of England. He numbs the daily frustration of his lonely existence with nightly binge-drinking at the local pub and casual sex. But when a handsome Romanian migrant worker (Alec Secareanu) arrives to take up temporary work on the family farm, Johnny suddenly finds himself having to deal with emotions he has never felt before. As they begin working closely together during lambing season, an intense relationship starts to form which could change Johnny’s life forever. Captivating and broodingly beautiful, GOD’S OWN COUNTRY is a both poignant and moving, this finely crafted British film features a host of standout performances, cementing it as one of the most successful films of the year.

Win one of three copies of ‘God’s Own Country’ by answering this question:

a) Shaun the Sheep

God’s Own Country is releasing on Blu-ray and DVD from 29th Jan.