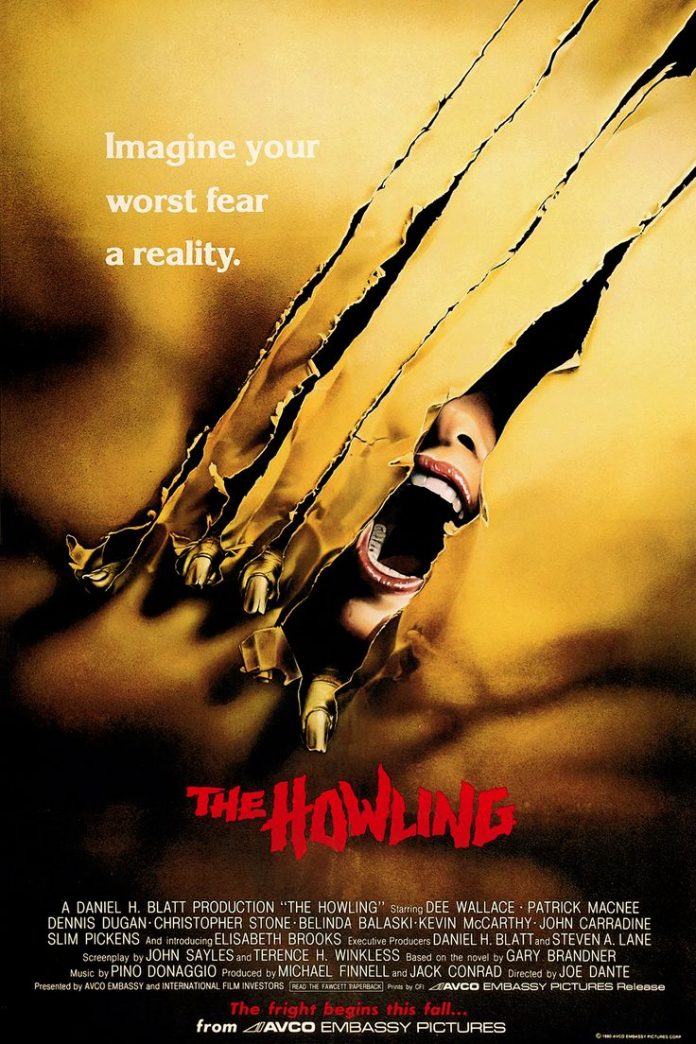 We’re very happy to run a competition this week for one of the key horror films of the 80’s the rather great ‘The Howling’.

Directed by Joe Dante (Gremlins) with a screenplay by John Sayles (Lone Star) and groundbreaking special effects by Rob Bottin (The Thing, The Fog, Total Recall), THE HOWLING has been stunningly restored for a new generation of horror fans. Graphically violent, sexually explicit and nightmarishly intense, it remains one of the most original werewolf movies of the eighties, spawning seven follow-up films and three novels, and sits firmly alongside An American Werewolf In London and Wolfen as hugely influential features in the genre.

After an intense confrontation with a serial killer, news anchor Karen White (Dee Wallace) is left traumatised and suffering from amnesia. In need of recovery, Karen takes refuge within “The Colony”, a country retreat organised by her psychiatrist Dr Waggner (Patrick Macnee). But things at “The Colony” aren’t as idyllic as they originally seemed and as blood curdling screams break the midnight silence, Karen’s memories slowly begin to come into focus.

With its extraordinary transformation scene, its startling links between animalistic violence and sexuality and its pioneering use of special make-up effects and prosthetics (Rob Bottin’s first break away project from mentor Rick Baker who himself would provide effects for An American Werewolf In London), THE HOWLING now returns to draw new viewers into its bloodcurdling cult of loyal followers.

The film has been lovingly restored with a load of great extras and we’ve got THREE blu-ray copies to give away. All you have to do is answer the following question.

What was the name of the 1978 horror film that Joe Dante directed before The Howling?

b) Invasion of the Body Snatchers