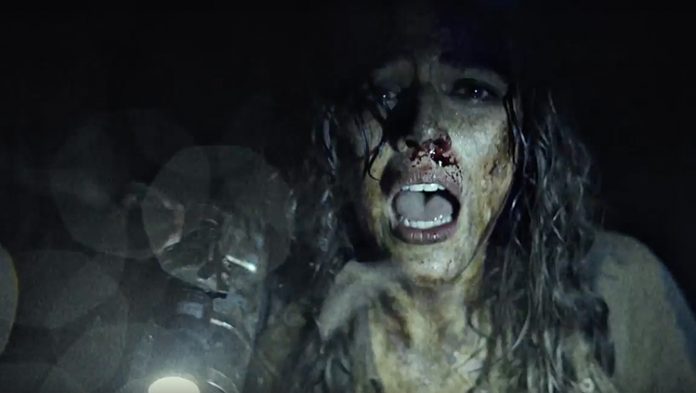 After The Blair Witch Project became the biggest grossing independent film ever making hundreds of millions off a miniscule budget a sequel quickly went into production. It was disastrous and  ended any  further films. Until now. Director Adam Wingard the man behind horror hits ‘You’re Next’ and ‘The Guest’ took up the challenge to make another film of the legend sixteen years after the last film.

Visionary director Adam Wingard unleashed one of the cinematic surprises of 2016 when his next opus, The Woods turned out to be an utterly terrifying return to the world of the BLAIR WITCH, coming to digital platforms on January 16th, and on Blu-ray, DVD and alongside a double pack with The Blair Witch Project January 23rd, 2017 courtesy of Lionsgate Home Entertainment.

Premiering at the Toronto International Film Festival, the film follows a group of college students who venture into the Black Hills Forest in Maryland to uncover the mystery surrounding the disappearance of James’ sister, which many people believe is connected to the legend of the Blair Witch. At first the group is hopeful, especially when a young local couple offer to act as guides through the dark and winding woods. However, as the endless night wears on, the group is visited by a menacing presence. Slowly, they begin to realize the legend of the Blair Witch is all too real and more sinister than they could have imagined.

Expanding on the mythology created in the iconic The Blair Witch Project, BLAIR WITCH is at once an exercise in slow-burning tension and a heart-pounding study in terror that further proves Wingard, responsible for the near-perfect slasher pic You’re Next and the joyous tribute to John Carpenter that was The Guest, really is modern horror cinema’s saviour.

So here’s your chance to win a copy of Blair Witch by answering the following question.

What was name of the first sequel?

a) Blair Witch 2 : Book of Bollocks

b) Blair Witch 2 : Shadow of Shite