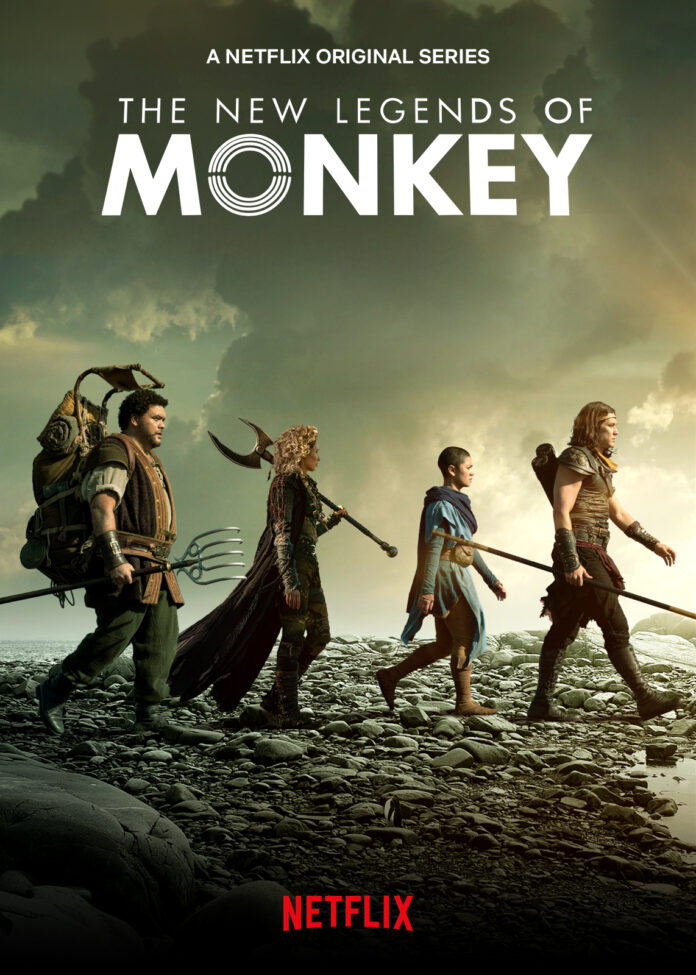 Now there may be some old enough to remember an old 1978 TV series called Monkey on BBC2 which ran for two years. It was an adaptation of a Chinese folktale about a pilgrimage to the West undertaken by a monk and his divine guardians. A Japanese series featuring actors portraying a monkey (the clue was in the title) but also featuring horse (who was a horse) and Pigsy……who was a …..well even our Editor worked that one out. Wobbly recycled sets and ropey effects and voiced by British actors including Miriam Margolyes and Andrew Sachs, it was utterly naff which made it such a tea time treat for kids. Now its been remade for Netflix as The New Legends of Monkey and here’s your chance to win a bundle of goodies including a tote bag, character colouring book and a whole load of other goodies too.

The New Legends of Monkey is a family, adventure drama set in a fantasy world that is a hybrid of east and west. The show follows a teenage girl and a trio of fallen gods on a perilous journey as they attempt to bring an end to the demonic reign of chaos and restore balance to their world. A high concept reimagining of an ancient myth, this fantastical and humorous journey tells the story of young people on a mission. The New Legends of Monkey is fuelled by martial arts fighting sequences and extra-ordinary magical powers whilst exploring the universal themes of identity, family and destiny.

To win the New Legends of Monkey bundle of goodies just:

Here’s the trailer for the second series of The New Legends of Monkey…….