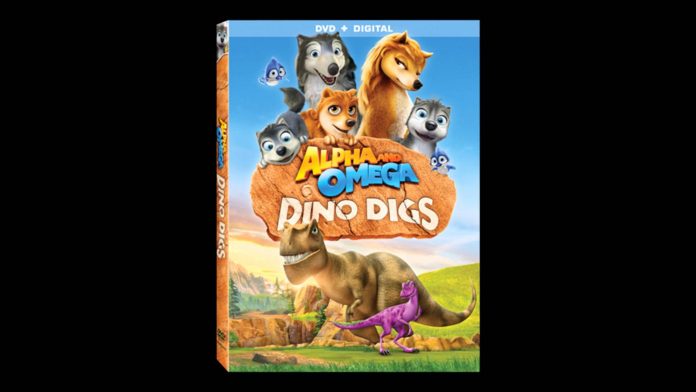 Now it’s half term and the kids are driving most parents nuts over the holidays we thought we’d run a competition to win a dvd of Alpha and Omega: Dino Digs, the brand new animated adventure of prehistoric proportions which is out this half term!

In the fifth installment of the Alpha & Omega franchise, Humphrey and Kate move to new grounds and discover Amy, an affable dinosaur who is unfamiliar with the new world.

After wolves Kate, Humphrey, and their three pups are forced to relocate their den, they discover Amy, a friendly raptor that magically came to life after being uncovered during a big dig! The pups and their forest friends show Amy the wonders of their new world, and must work together and try to stop the diggers from unearthing the dangerous T-Rex before it’s too late!

ALPHA AND OMEGA: DINO DIGS is the latest installment in the hugely successful animated series and here’s your chance to win a copy.

To be in with a chance we’re making it incredibly easy to win a dvd of the film.

2) email your name & address (with your YouTube subscriber name) to; competitions@anygoodfilms.com