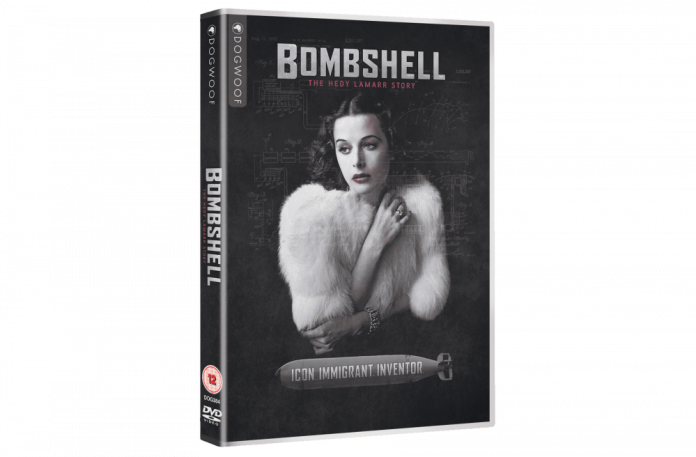 Our Editor always says, ‘Never judge a book by its cover‘ which may explain why he lost his job as chair of the British Book Cover Awards panel* . But it sums up ‘Bombshell: The Hedy Lamarr Story’ an intriguing documentary about the Hollywood film star Hedy Lamarr. Known as ‘the most beautiful woman in the world’, she inspired both Snow White and Catwoman with her striking look.

Hedy Lamarr was as famous for her performances as she was infamous for her multiple marriages and affairs with the likes of Spencer Tracy and JFK. She was a star with substance and unlike today’s Z-list fame hungry half wits, many of which you wouldn’t trust to sit the right way round on a toilet, Lamarr was a maverick. Unknown to many at the time and ever since she was an ingenious inventor whose pioneering work helped revolutionize modern communication. Her groundbreaking concept of frequency hopping is now used as the basis for secure Wi-Fi, GPS and Bluetooth something which you can hardly imagine Amanda Holden coming up with.

This is an enthralling eye opener of a documentary and you can win a copy just by answering the following question:

*thanks to Stewart Lee