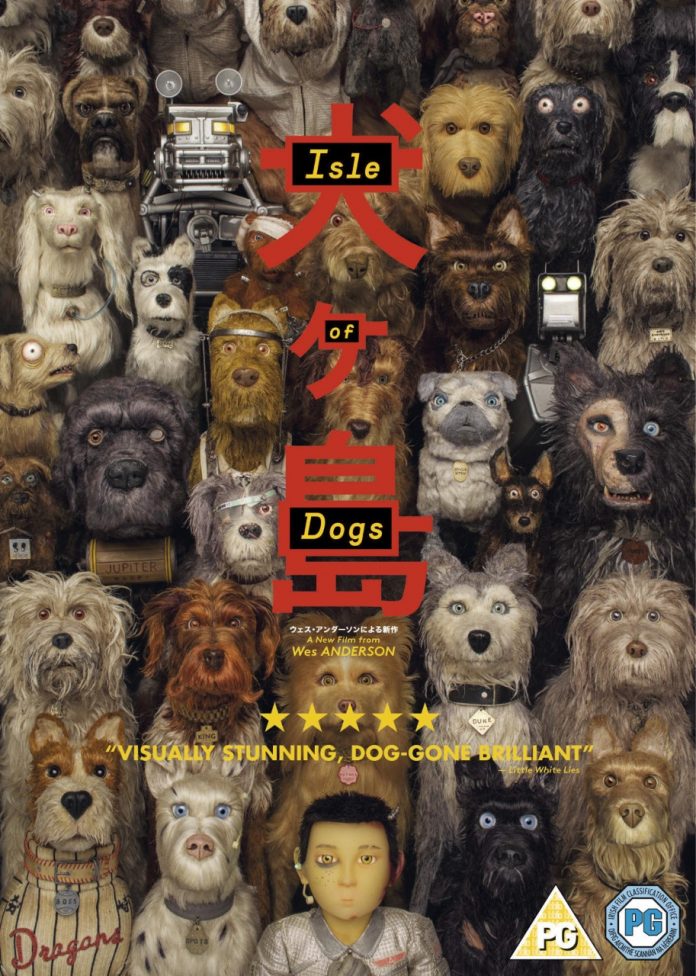 We felt it was a missed opportunity when the Deputy Editor’s ex-wife and her sister went to Canvey island as they would have been ideally suited to appear in Wes Anderson’s film, Isle of Dogs. Instead Isle of Dogs is a charming stop-motion tale that is visually stunning, and one that beautifully captures the understanding and admiration between human and canine.

ISLE OF DOGS tells the story of Atari Kobayashi, 12-year-old ward to corrupt Mayor Kobayashi. When all the canine pets of Megasaki City are exiled to vast Trash Island, Atari sets off in search of his bodyguard dog, Spots. With the assistance of his newfound mongrel friends, he begins an epic journey that will decide the fate and future of the entire Prefecture.

Many of the actors are regular cast members of Anderson’s live action films with Bill Murray especially appearing in many of his films.

To win a copy of Isle of Dogs just answer the following question:

Here’s the trailer for Isle of Dogs…….