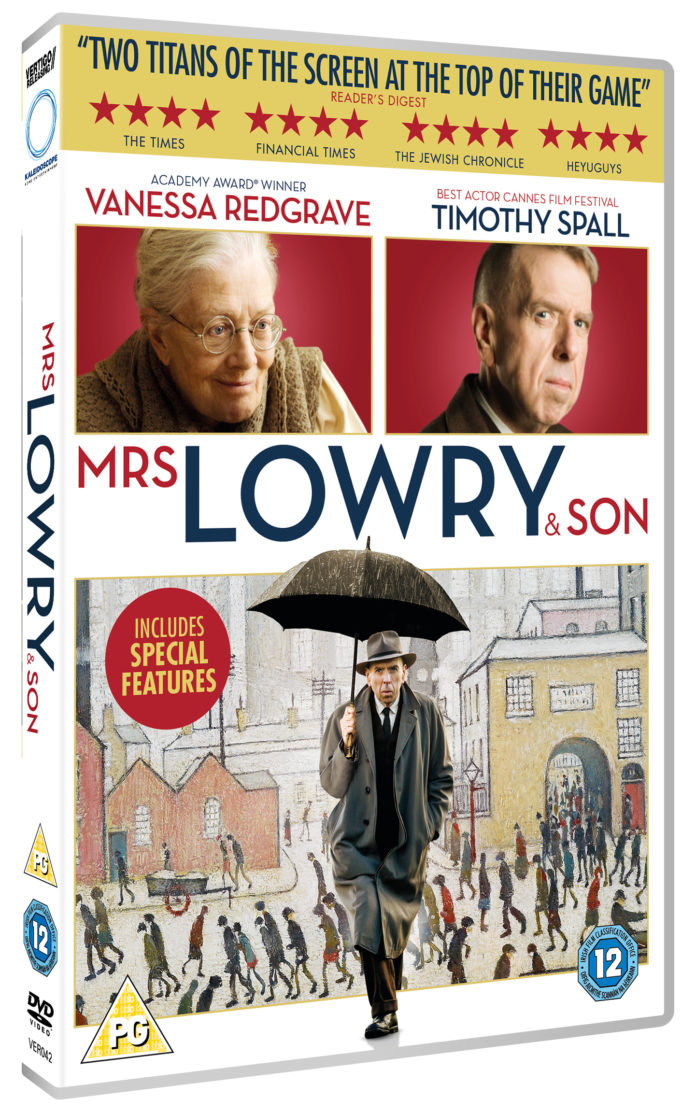 Anyone old enough to remember the 1978 one hit wonder, ‘Matchstick Men’ by power pop combo Brian & Michael, a pair of kipper tie, cloth cap wearing tosspots caterwauling about the late northern artist TS Lowry? Well the beloved British artist L.S. Lowry (Timothy Spall) lived all his life with his over-bearing mother Elizabeth (Vanessa Redgrave) hence the title of Mrs Lowry and Son DVD.  Bed-ridden and bitter, Elizabeth actively tried to dissuade her bachelor son from pursuing his artistic ambitions, whilst never failing to voice her opinion at what a disappointment he was to her – a feeling surely echoed by Mrs Collins whenever she sees talent vacuum Gemma lumbering across TV screens.

L.S. Lowry became internationally famous for his depictions of 20th century industrial life in the North West of England, and the legacy of his work remains a huge presence in the region, not least at The Lowry, a purpose-built art gallery in Salford Quays. Such was his eventual success that he was offered five honours over his lifetime, including a knighthood in 1968 – all of which he rejected – and his work was displayed in a retrospective, record-breaking exhibition at the Tate. His work sells for millions.

Well on behalf of Vertigo Releasing, we are delighted to announce that MRS LOWRY & SON dvd will be available on digital from 20th December 2019 and on DVD from 20th January 2020. Starring Academy Award® and Golden Globe® winner Vanessa Redgrave and BAFTA® Nominee Timothy Spall you can win a copy of MRS LOWRY AND SON dvd here.