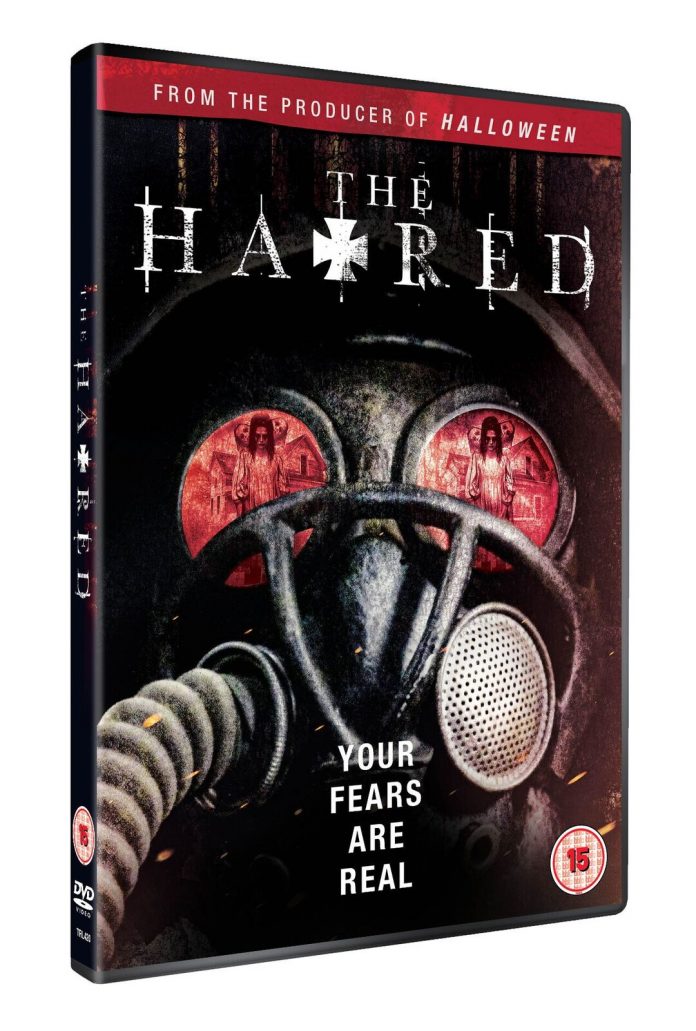 For many The Hatred is the feeling of revulsion when salad dodging, publicity crazed, oxygen thief Gemma Collins with a face like a damaged mask from the Bo Selecta workshop hefts her mass on to TV screens. However The Hatred is this weeks dvd you can win in our competition.

The Hatred is a decent horror film where four friends go for a weekend of fun at a country estate. Little do they know the house and grounds hold a dark secret buried within by its previous owner, a former Nazi officer in hiding. Their arrival, the first since these secret acts of horror occurred, unleashes a night of terror and a fight for survival none of them could have ever imagined.

Starring relative newcomer Sarah Davenport who will next appear in the modern day version of Little Women it also stars Andrew Divoff who has been around for years appearing in films as varied as Another 48hrs, Air Force One and Indiana Jones and the Kingdom of the Crystal Skull.

To win a copy of The Hatred just answer the following ludicrously easy question:

What John Carpenter film is also the name by which October 31st is known?

b) Bring your child to work day

Here’s the trailer for The Hatred……