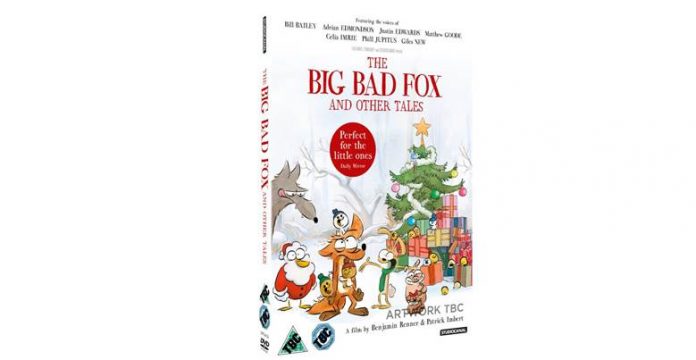 Christmas is on the way and with every parent being being pestered for the latest massively overpriced load of tat why not instead win a far better prize here. The Big Bad Fox and Other Tales is an animated family adventure featuring a host of voices from the world of British comedy, including Bill Bailey, Adrian Edmondson, Matthew Goode, Celia Imrie, Phill Jupitus and Giles New.

From the creators of the Academy Award®-nominated ERNEST AND CELESTINE, The Big Bad Fox and Other Tales’ , is an hilarious adventure about a gang of animal misfits. Told through beautiful hand-drawn animation, the story unfolds around these lovable countryside creatures as they try (and fail) to fulfil their traditional roles in the farm and the forest. A lazy stork leaves the delivery of a baby in the care of a rabbit, a pig and a duck. A big, bad fox tries to live up to his reputation whilst he unwittingly adopts three confused baby chicks, and – in the film’s final tale – the animals embark on a hairbrained scheme to replace Father Christmas…….

The disc also features the highly-acclaimed French language version; perfect for any young, aspiring French-speakers! Hilarious, heart-warming and loveable, THE BIG BAD FOX AND OTHER TALES is a must-own for family audiences this Christmas!

Here’s THE BIG BAD FOX AND OTHER TALES trailer…….