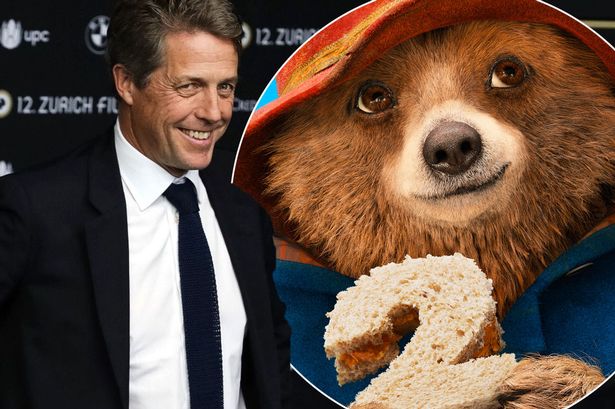 Possibly one of last year’s best family films was undoubtedly Paddington 2……and it was British too. It was one of those rare things – a sequel better than the original and that was pretty good anyway. One of its many strengths, apart from Ben Whishaw’s velvety and comforting tones as the voice of Paddington, was Hugh Grant.  Typically deprecating about his work but this was one of Grant’s  best performances which was already back on the ascendant after his brilliant turn in Florence Foster Jenkins opposite Meryl Streep.

Playing a washed up fading actor Phoenix Buchanan (Hugh Grant) steals a book that Paddington has been saving up to buy as a present for his Aunt Lucy who is going to visit him at the Brown’s family house. The story sees the bear wrongly imprisoned and Buchanan using a clues hidden within the book to find a secretly stashed fortune. Paddington must escape prison and stop Buchanan.

Like the best of Pixar Paddington 2 is a film which will be endlessly watched by children and is equally enjoyable for adults alike with an array of famous faces popping up in supporting roles including Jim Broadbent, Tom Conti and Peter Capaldi.

We’ve got THREE copies of this really terrific family film to win just by answering the following question.

Who wrote the Paddington books?