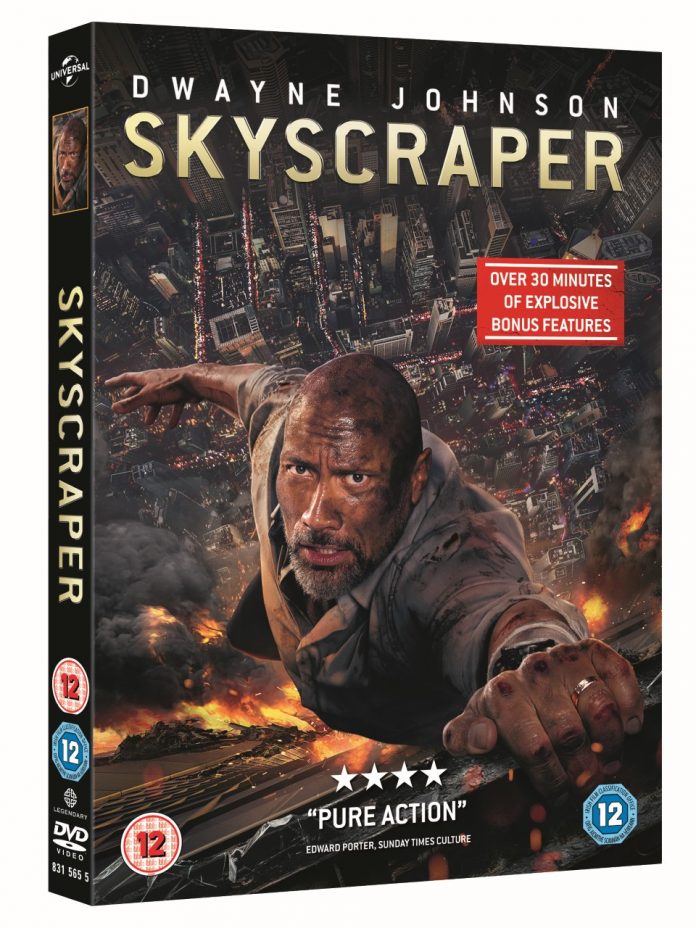 What’s not to like about any Dwayne Johnson film and in our Skyscraper competition you can win his most recent blockbuster that played like The Towering Inferno meets Die Hard.

Fueled with adrenaline and high impact verticality (we’re pretty sure we’ve just made up that word!), our Skyscraper competition is led by superstar Dwayne Johnson who plays former FBI Hostage Team leader, U.S. war veteran and amputee Will Sawyer. While on assignment in Hong Kong as an assessor for security in skyscrapers, he comes to find the tallest and safest building in the world suddenly ablaze, and he has been framed for it. Wanted and on the run, Will must find those responsible, clear his name and save his family who are trapped inside the building…….above the fire line.

The disc has a whole load of really great bonus features that include a director’s commentary, extended scenes, the training that the cast underwent, the real life amputee inspiration for the lead character and the Pineapple Pitch and insight into how the star and director pitched the film to the studio which is a bit ‘fruity’!!!

To win our Skyscraper competition just answer the following question:

What sport was Dwayne ‘The Rock’ Johnson a major figure?