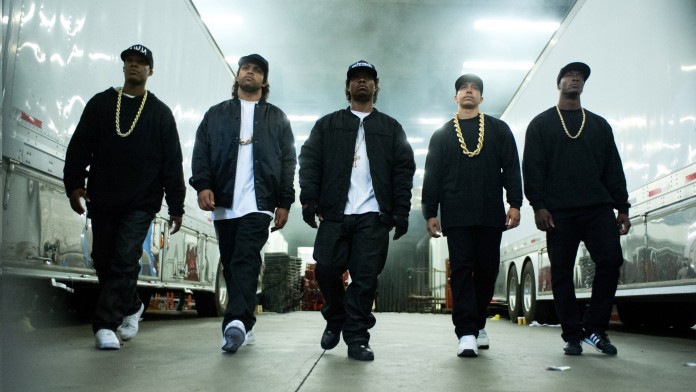 For many Public Enemy and Run DMC epitomized rap but its perhaps West Coast gangsta rap group NWA that were most controversial epitomized by their stand out anthem, ‘Straight Outta Compton’. It’s rap rhyme spoke to many.

However there can be few less edifying sights than a fat, white middle aged, middle class male wearing a baseball cap back to front and low slung jeans revealing his best Primark underpants wandering an office. Unfortunately that’s our Editor.

‘Straight outta Compton!’, he keeps telling whilst grabbing his crotch until we have to remind him that he’s actually Straight Outta Chelsea Wharf. Whereupon he launches into his own cringeworthy rap which is enough to even embarrass Alan Partridge tribute act Richard Madeley:

I’m on my toes

I just got outta Waitrose

And now the Feds  they’re after me.’

Frankly the thought of him waddling out of Waitrose with an unpaid carrier bag, his low slung trousers falling round his ankles in the mistaken belief that the Mets finest are sending armed response units, air cover, public order units, dogs, horses et al after him is ludicrous and does little to enhance his credibility as being down with the kids. (Yo! G! Is you dissing me?- Ed).

‘Straight Outta Compton was a late Summer release and is a biopic about rap pioneers NWA and did huge business in the States and made over $200m worldwide. This is essential viewing for fans of the group or anyone with an interest in the rap genre with great turns by the five actors portraying each member of the group and Paul Giametti as their manager is as good as ever.

To win a copy of the film just answer our usual insultingly easy question:

Which of the following is a member of NWA?

To enter we have all the usual conditions;