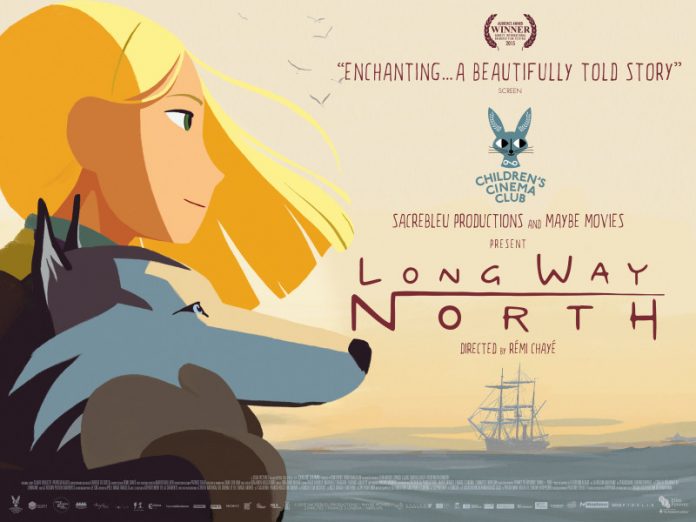 If you’re a fan of animated films then you’ll be interested in the award winning new film LONGWAY NORTH which has been attracting huge acclaim internationally.

With it’s beautifully stylised animation it tells the story of a 15 year old Rusian aristocrat Sasha who, when her explorer grandfather mysteriously goes missing on his latest expedition, embarks on an epic adventure to find him and his lost ship, the Davai.

Stunningly rendered in traditional hand-drawn 2D animation, the film is the directorial debut from lauded animator Rémi Chayé and is something disticitly different from the usual Disney /Pixar output.

Here’s your chance to win a copy:

Win a copy of horror film, The Hatred …….EXPIRED