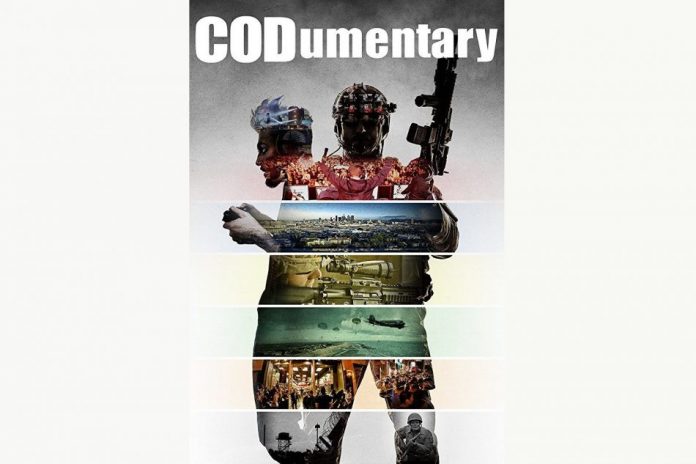 Our Editor never tires of regaling us with stories of when he worked as part of a covert elite squad of soldiers and the number of Black Op kills he’s made. All was fine until one of the team pointed out that he was recalling chapters from the video game ‘Call of Duty’ since when he’s never uttered another word about his mission in ‘Nam which was more likely to have been Chelt’Nam anyway!

But we digress because this weeks film is an independent look at how the Call Of Duty franchise took on all-comers and became one of the largest global entertainment franchises of all time, CODUMENTARY arrives on Blu-ray, DVD and digital platforms.

Spanning more than 16 years and including input and insight from developers, fans, industry experts and professional esports players from around the globe, CODUMENTARY sees writer, director and producer Jonathan Beales examine the state of play as rival developers raced to create a generation-defining gaming experience at the start of the noughties. With Infinity Ward’s original Call Of Duty taking the spoils, the stars were then aligned for COD: Modern Warfare to take things to the next level…

Shot on location across the UK, USA, Rio De Janeiro, Paris, and even Utah Beach, Normandy, the real-life location of the D-Day Landings, CODUMENTARY gets under the series’ skin to begin to understand how Call Of Duty in all of its iterations has truly and constantly evolved to maintain a seemingly unassailable position at the top.

To win a copy just answer the following question;