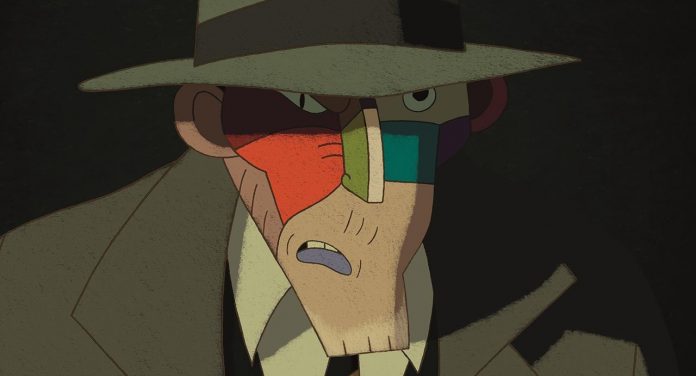 Forget your Pixar’s and Disney’s and give this new film from two Oscar nominated French directors a go.

‘Phantom Boy’ is a stylish noir caper, set in the shadowy streets and alleyways of New York. Leo has a secret. A mysterious illness has transformed him into a phantom boy, able to leave the confines of his body and explore the city as a ghostly apparition. While in the hospital, he befriends Alex, a New York City cop injured while attempting to capture a nefarious gangster who has taken control of the city’s power supply, throwing the metropolis into chaos. Now they must form an extraordinary duo, using Leo’s phantom powers and Alex’s detective work to foil the plot and save New York from destruction. The film features the voice talents of Fred Armisen, Vincent D’Onofrio and Jared Padalecki.

Highly distinctive and unusual in subject matter for a family film it features the voice talents of Fred Armisen,  Jared Padalecki and the ever great Vincent D’Onofrio.

We have 3 copies to give away and all you have to do to win a copy is answer the following question: