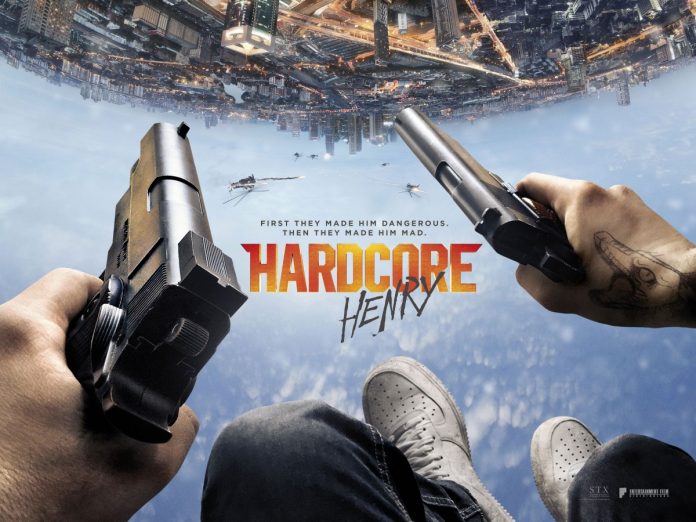 You can imagine the excitement of the Editor when he receives a film called, ‘Hardcore Henry’ only to find that far from it being a ‘European Art film’ it’s actually a balls to the wall bonkers mad violent action film like nothing you’ve ever seen before and is probably the most insane adrenalin driven flick we’ve seen in a very long time. Shot entirely from the point of view of Henry himself this is an utterly relentless and exhausting – shot completely from the hero’s perspective. You remember nothing  mainly because you’ve just been brought back from the dead by your wife (Haley Bennett). She tells you that your name is Henry. Five minutes later, you are being shot at, your wife has been kidnapped, and you should probably go get her back. Who’s got her? His name’s Akan (Danila Kozlovsky); he’s a powerful warlord with an army of mercenaries, and a plan for world domination. You’re also in an unfamiliar city of Moscow, and everyone wants you dead. Everyone except for a mysterious British man called Jimmy (Sharlto Copley). He may be on your side, but you aren’t sure. If you can survive the insanity, and solve the mystery, you might just discover your purpose and the truth behind your identity.

It’s a film as close to a first person gamer experience you’re ever likely to see on film and here’s your chance to win a copy by answering the following question;

In which 2009 debut feature film by director Neill Blomkamp did Sharlto Copley appear as a South African government agent inspecting a compound where aliens have been rounded up only to find himself infected by their biotechnology?