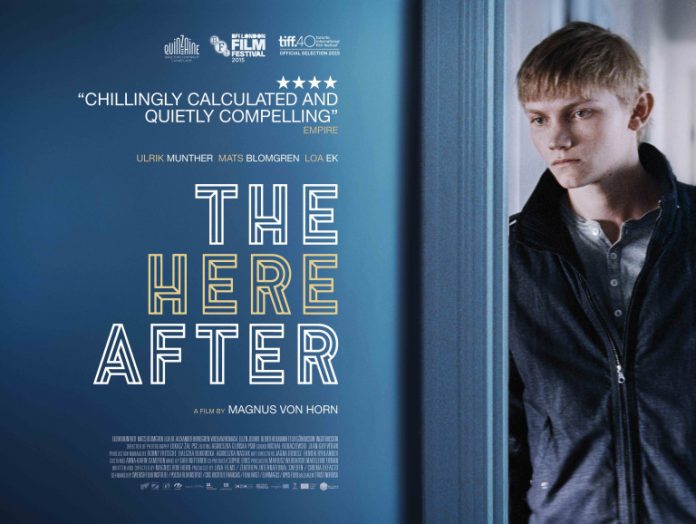 Here’s a great little film that’s better than many in its genre and is director Magnus Von Horn’s debut feature.  THE HERE AFTER was selected for Directors’ Fortnight at Cannes International Film Festival and is a powerful art house drama focusing on whether it is possible to return to a small community after committing the worst crime of all.

When John (Swedish pop star Ulrik Munther in an impressive debut role) returns home to his father after serving time in prison, he is looking forward to starting his life afresh. However in the local community, his crime is neither forgotten nor forgiven. John’s presence brings out the worst in everyone around him and a lynch-mob atmosphere slowly takes shape. Feeling abandoned by his former friends and the people he loves, John loses hope and the same aggressions that previously sent him to prison start building up again. Unable to leave the past behind, he decides to confront…….

This is one of those really great Nordic thrillers and we’re giving you a chance to win a copy.

To enter all you have to do is just:

Following condition apply:
1. Entrants must be residents in the UK.
2. There is no cash alternative to the prize stated. The prize is not transferable and no part or parts of the prize may be substituted by the winner for other benefits, items or additions.
3. Winners will be picked by the Editor.
4. Winners name, e-mail address and address will be passed to a third party provider for contact and prize delivery.

‘The Here After’ is out now on DVD.