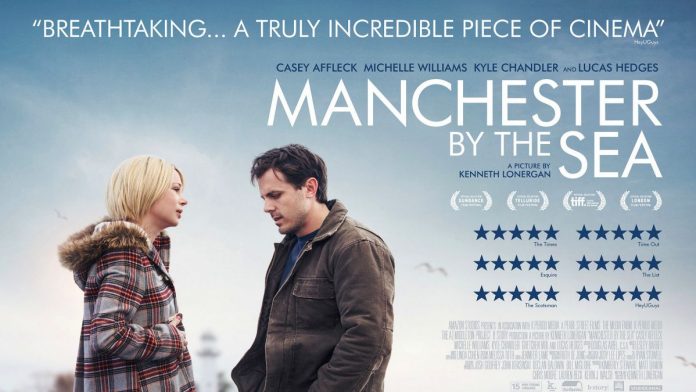 Possibly because the Americans have a hopeless grasp of geography of anywhere outside the US it’s that this film was called, ‘Manchester by the Sea’ although in fairness this is Manchester USA not the UK one but we digress because from acclaimed writer/director Kenneth Lonergan comes the Academy Award®, BAFTA and Golden Globe-winning MANCHESTER BY THE SEA. Led by a mesmerising, career-best performance from Casey Affleck (The Assassination of Jesse James by the Coward Robert Ford, Gone Baby Gone), who took the Best Actor Academy Award® for his portrayal of a man battling the demons of his past, MANCHESTER BY THE SEA arrives on digital download on May 8th, and on Blu-ray, DVD and On Demand from May 15th, 2017, courtesy of StudioCanal.

After the death of his older brother Joe (Kyle Chandler; Carol, The Wolf of Wall Street), Lee Chandler (Affleck) returns to his home town of Manchester-by-the-Sea to shockingly discover that Joe has made him sole guardian of his nephew Patrick (breakout star Lucas Hedges). Taking leave of his job, Lee reluctantly returns to care for Patrick, a spirited 16-year-old, and is forced to deal with a past that separated him from his wife Randi (Michelle Williams; My Week with Marilyn, Blue Valentine) and the community where he was born and raised. Bonded by the man who held their family together, both Lee and Patrick struggle to adjust to a world without him.

Deeply moving, MANCHESTER BY THE SEA truly encompasses the regret and despair of grief that can bring people together stronger. The film is an emotional tour de force, that has rightly garnered plenty of awards attention including two Academy Award® wins (Best Actor – Casey Affleck and Best Original Screenplay – Kenneth Lonergan), as well as four further Academy Award® nominations (Best Supporting Actor, Best Supporting Actress, Best Director and Best Picture), and Golden Globe and BAFTA wins, firmly cementing MANCHESTER BY THE SEA as one of the year’s most essential home entertainment releases.

Who is Casey Affleck’s brother?