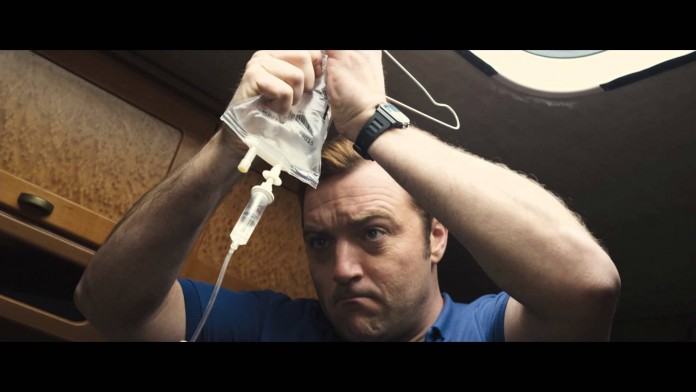 We’ve has some cracking true life sport dramas over the years and ‘The Program’ is one of the absolute best.  Here one of the greatest deceptions in sporting history is brought to gripping life, as the Lance Armstrong biopic Inspired by the award-winning book Seven Deadly Sins by David Walsh, and directed by the Academy Award nominated Stephen Frears, THE PROGRAM weaves a gripping, suspenseful tale uncovering the true story of how one of sport’s biggest heroes was able to orchestrate a truly staggering web of lies, all while holding the public in the palm of his hand.

A brilliant Ben Foster (Lone Survivor, Kill Your Darlings) stars as Armstrong, who at the peak of his cycling career enjoyed the life of a sporting hero, all while leading the most sophisticated doping program the sport had ever seen. While the sporting world lay in thrall of his seemingly miraculous recovery, Sunday Times journalist David Walsh (Chris O’Dowd – Calvary, Bridesmaids) remained unconvinced of Armstrong’s messiah-like return to form, and embarked on a relentless investigation to expose the man behind the myth…

Featuring a stellar supporting cast including Guillaume Canet (Tell No One, Last Night), Jesse Plemons (Bridge of Spies, Breaking Bad) and Dustin Hoffman (The Graduate, Rain Man), THE PROGRAM hurtles along at a breakneck pace, offering a deeply compelling and astounding take on the meteoric rise and even greater fall of one of the most notorious sportsmen of modern times…

This is compelling viewing as the cancer conquering sports cheat sees his world collapse as his lies are exposed.

To win a copy of the film just answer the following easy question:

What 2 films has Dustin Hoffman won Oscars for Best Actor?

3) Email your answer with your name and address to :competitions@anygoodfilms.com