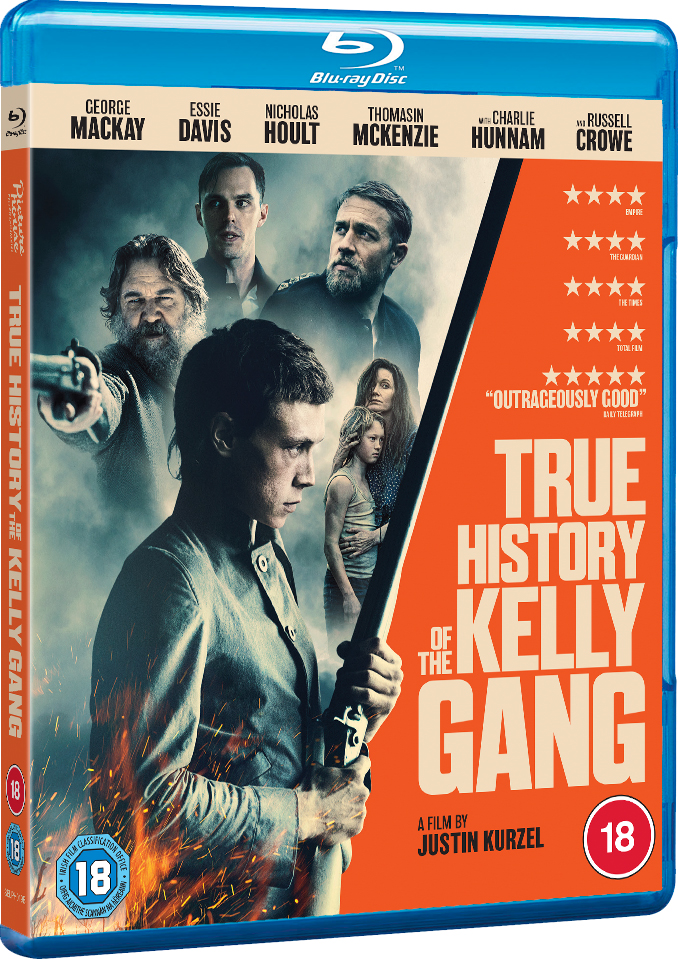 Fans of Aussie diretor Justin Jurzel (Snowtown, Assassin’s Creed, Macbeth) will want to his latest film the True History of the Kelly gang on blu ray and now you can win a copy! The film is released on Blu-ray , DVD and Digital/VOD on 6 July 2020.

From visionary director Justin Kurzel and based on the Booker Prize-winning novel by Peter Carey, TRUE HISTORY OF THE KELLY GANG is a bold and visceral take on the story of Ned Kelly, starring George MacKay (1917), Nicholas Hoult (The Favourite), Essie Davis (The Babadook, Babyteeth), Charlie Hunnam (King Arthur, The Gentlemen), Thomasin McKenzie (Jojo Rabbit) and Russell Crowe (A Beautiful Mind, Unhinged).

Hero to some, outlaw to others, Ned Kelly (MacKay) throws a long shadow over Australian history. Spanning his life from his younger years to the time leading up to his death, the film follows the story of this legendary figure. Nurtured by the notorious bushranger Harry Power (Russell Crowe) and fuelled by the unfair arrest of his mother (Essie Davis), Kelly recruits a wild bunch of warriors to plot a campaign of anarchy and rebellion that will grip the entire country. Youth and tragedy collide with violent and explosive consequences but at the beating heart of this tale is the fractured and powerful bond between a mother and son.

To win a copy of the True History of the Kelly Gang on blu ray all you have to do is:

Here’s the the True History of the Kelly Gang on blu ray trailer…….