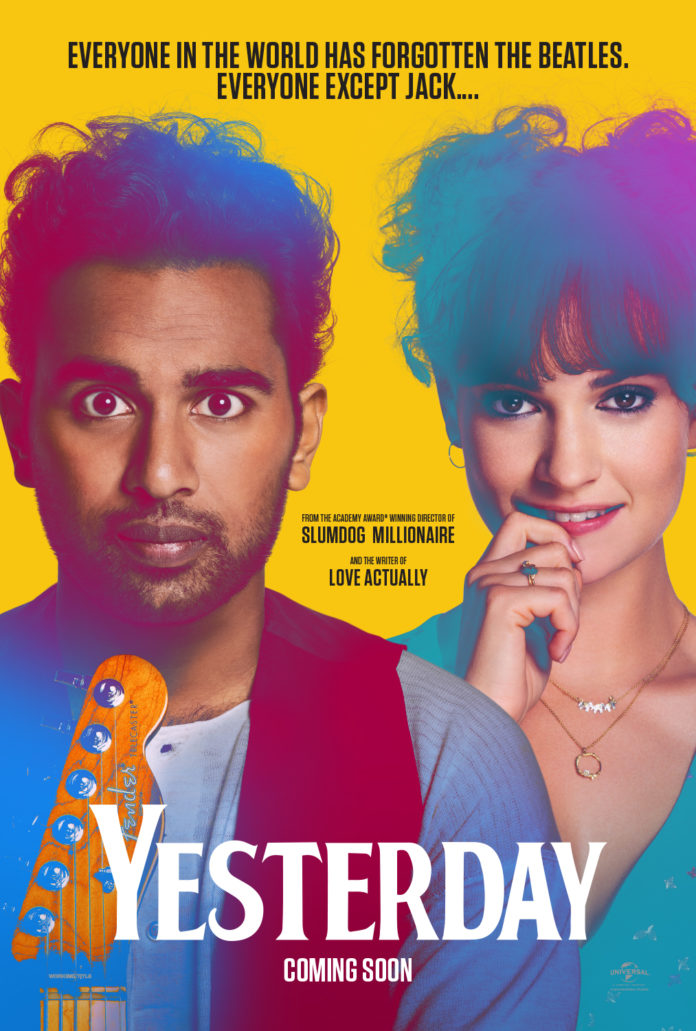 The Yesterday trailer features a struggling musician who realizes he’s the only person on Earth who can remember The Beatles hence the film’s title. Based on a story by Jack Barth, who has written a lot of TV but the screenplay is written by Richard Curtis. Now we’re big fans of Mr Curtis having written sketches for seminal 80’s TV comedy show ‘Not the 9 O Clock news’ he then went on to write the Blackadder series before hitting movie gold with ‘Four Weddings and a Funeral’. If there’s one thing we’d like him to do is to write another film for Rowan Atkinson in the lead. Now as cynical as we are one of our favourite Christmas films is, ‘Love, Actually’ with its stories of the power of love and Yesterday looks to follow in the same vein with its Beatles song title though frankly if it was an autobiographical film about the Deputy Editor’s ex-wife then we’d suggest, ‘I am the Walrus’…….but we digress.

With yet another film appearance from Ed Sheeran, who popped up in the last Bridget Jones film, this was originally to be called ‘All you need is love’ before the producers finally settled on Yesterday.