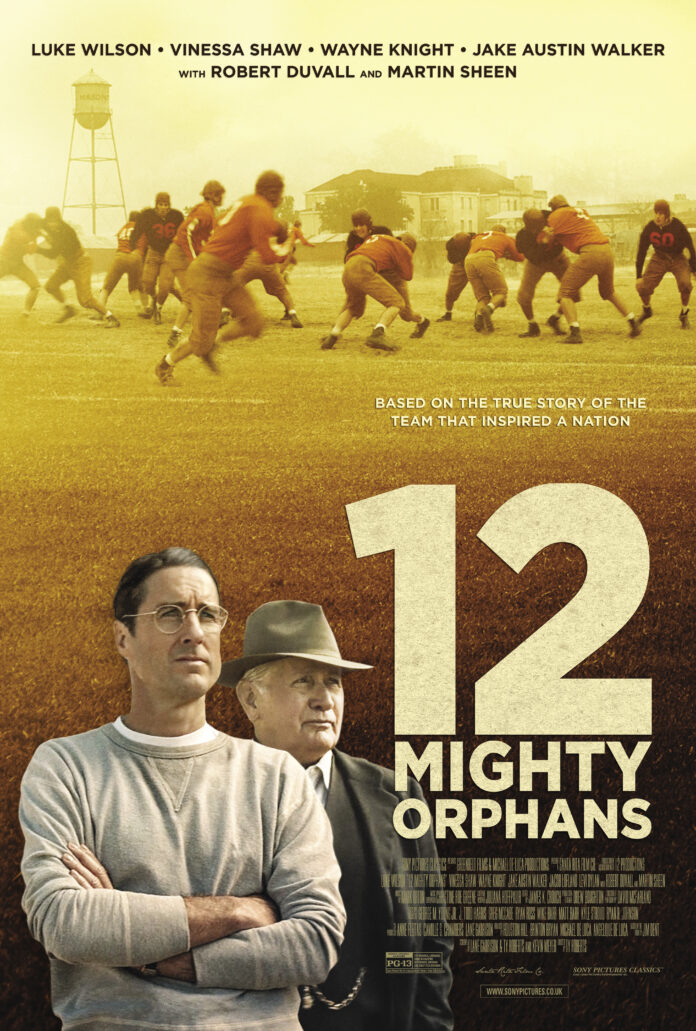 Now American football is the national sport of the US with many national heroes though over the years many have been pilloried for domestic abuse allegations. But its a game played by superb athletes in a tremendously physical game with the only people who suffer more injuries than them being their wives…….but we digress because landing in our inbox is the 12 Mighty Orphans trailer. 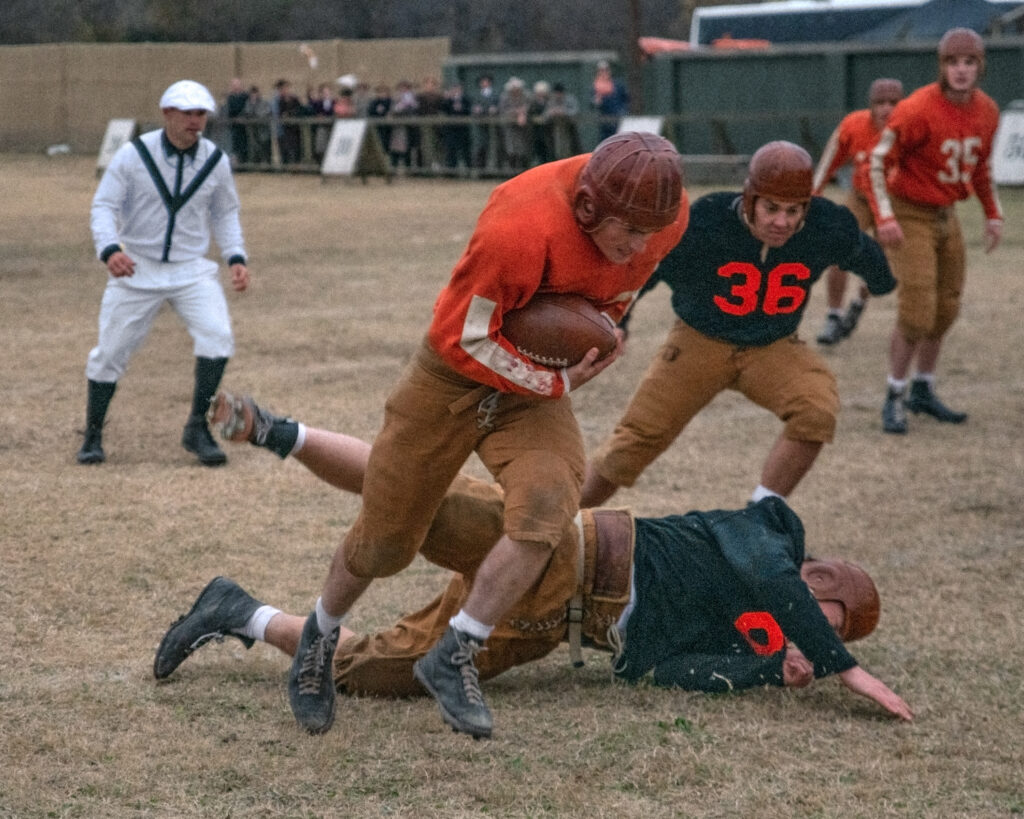 12 MIGHTY ORPHANS tells the true story of the Mighty Mites, the football team of a Fort Worth orphanage who, during the Great Depression, went from playing without shoes—or even a football—to playing for the Texas state championships. Over the course of their winning season these underdogs and their resilient spirit became an inspiration to their city, state, and an entire nation in need of a rebound, even catching the attention of President Franklin D. Roosevelt. The architect of their success was Rusty Russell, a legendary high school coach who shocked his colleagues by giving up a privileged position so he could teach and coach at an orphanage. Few knew Rusty’s secret: that he himself was an orphan. Recognizing that his scrawny players couldn’t beat the other teams with brawn, Rusty developed innovative strategies that would come to define modern football.

Starring Luke Wilson, Vinessa Shaw (yes, you do spell it like that!), Martin Sheen, Wayne Knight, Jake Austin Walker and Robert Duvall, 12 MIGHTY ORPHANS is directed by Ty Roberts (The Iron Orchard) and based on the book by Jim Dent.