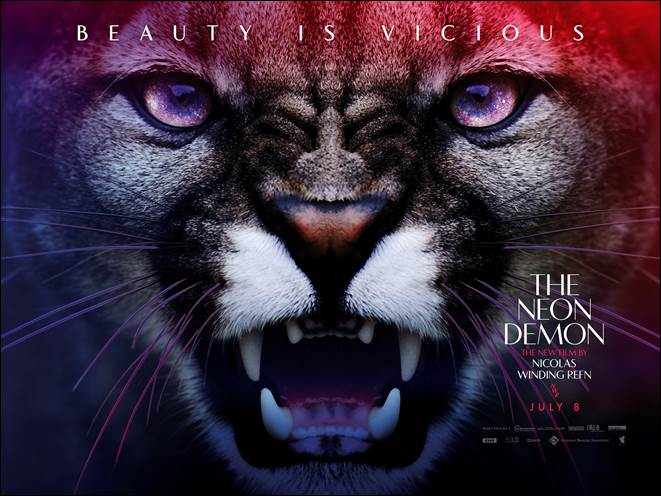 Here’s the poster for Nicholas Winding Refn new horror film , ‘The Neon Demon’ with Keanu Reeves which opens soon after it’s debuted here at Cannes. It’s about the LA fashion industry with a whole load of blood with what will be an 18 / R rating.

Of interest and perhaps concern to some is his intention to remake the classic British horror film, ‘Witchfinder General’ made by Michael Reeves back in 1968 before he tragically died a few years later. It’s going to be a low budget remake and it’s thought he will produce rather than direct. This seems to be part of a horror trilogy as the third part was announced by Vendian Entertainment and Wild Bunch who have struck a first-look deal with Nicolas Winding Refn’s Space Rocket that kicks off with ‘Maniac Cop’.

John Hyams will commence shooting Maniac Cop in Los Angeles very soon from a script by Ed Brubaker about a female Los Angeles police officer who sets out to stop a homicidal colleague.

The film is based in part on William Lustig’s 1988 cult classic of the same name starring The Evil Dead’s Bruce Campbell.(‘Groooovy!’)