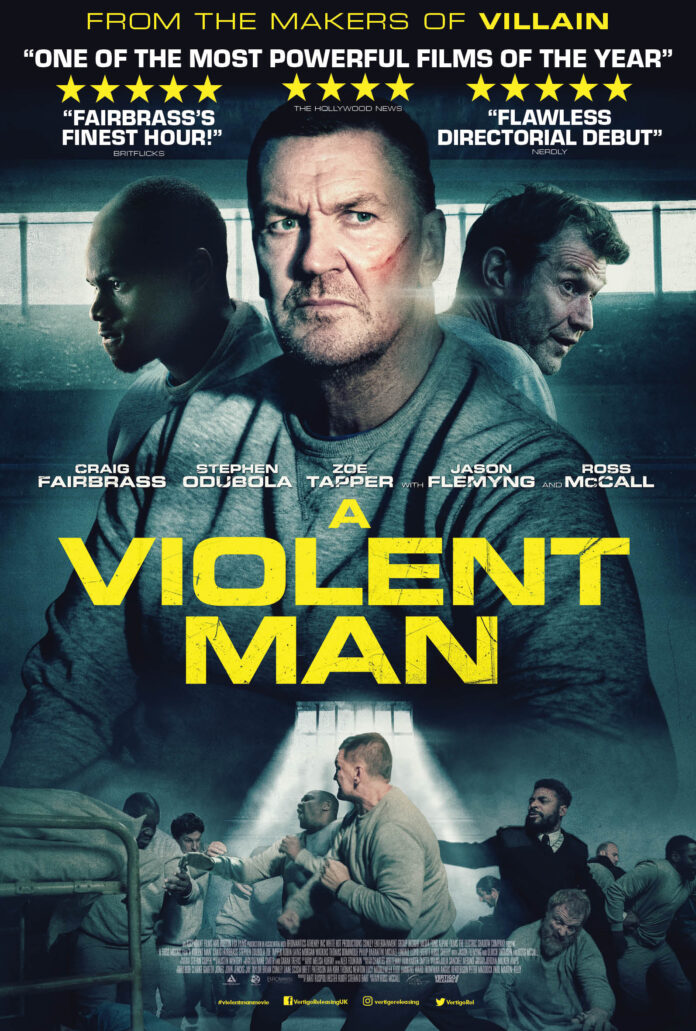 Vertigo Releasing is thrilled to announce the acquisition of A VIOLENT MAN (previously known as Ire), to be released in the UK and Ireland on 4th February 2022.

A VIOLENT MAN is Ross McCall’s (White Collar, 24, Band of Brothers) directorial debut from his own script, and stars Craig Fairbrass (The Rise of the Footsoldier franchise – see our interview with Craig about those films HERE), Stephen Odubola (Blue Story), Jason Flemyng (Boiling Point) and Zoe Tapper (Liar).  The film sees Fairbrass teaming up again with the producers who are also behind the upcoming film Boiling Point, starring Stephen Graham.

Steve Mackleson (Fairbrass) is a violent and dangerous prisoner, incarcerated for double murder in a maximum security prison, and wracked with inner turmoil about his past sins and unquenchable need for carnage. When Marcus (Odubola) becomes his new cell mate, and a daughter he has never met finally requests a chance to meet her estranged father, Steve must reconsider his nihilistic outlook and brutal outbursts. When Marcus becomes the victim of a revenge attack, Steve steps in to save him and they both become marked men, their sentences set to be cut short, the hard way.

The film features an impressive supporting cast including Jason Flemyng and Stephen Odubola, who is outstanding as Fairbrass’ troubled cellmate Marcus. A VIOLENT MAN is a gritty portrayal of the harsh realities of prison life punctuated by moments of electrifying and ferocious violence, including a couple of truly savage cell face-offs that are shockingly effective and not for the faint of heart.

A VIOLENT MAN was shot during the summer of 2020 during the COVID 19 pandemic and the restrictions brought about by this. The film is produced by Bart Ruspoli, Hester Ruoff and Stefan D’Bart.