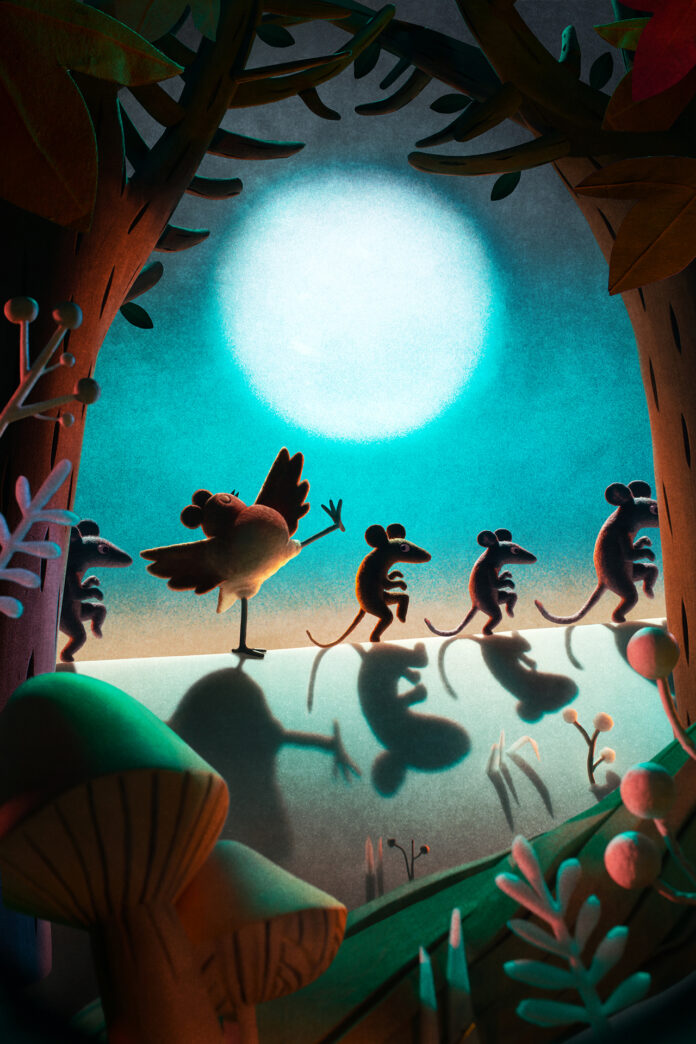 So with Christmas 2020 just weeks away its time to look at Christmas 2021 and Aardman’s new Christmas film which will be for Netflix. The film is titled, Robin Robin, and is currently in production at Aardman’s award-winning studio in the UK and will debut on Netflix in time for Christmas 2021. Lending their vocal talents will be Golden Globe® winner Gillian Anderson (The Crown) and Oscar® nominee Richard E. Grant (Can You Ever Forgive Me?) who will lead the cast which also includes Bronte Carmichael (Christopher Robin) and Adeel Akhtar.

Aardman’s new Christmas film, ‘Robin, Robin’ follows an egg that fortuitously rolls into a rubbish dump where Robin is raised by a loving family of mice. As she grows up, her differences become more apparent. Robin sets off on the heist to end all heists to prove to her family that she can be a really good mouse – but ends up discovering who she really is.

Aardman’s new Christmas film is created and directed by Dan Ojari and Mikey Please and written by both with Sam Morrison. Music and Songs will be by The Bookshop Band. Bronte Carmichael will voice Robin. Adeel Akhtar voices Dad Mouse, a caring but cautious soul who is single-handedly raising a family of five children, Richard E Grant will voice Magpie, an obsessive collector of shiney ‘stuff’. Magpie takes Robin under his ‘wing’, on a journey of self discovery. Underneath his many ruffled feathers he really is a good egg. Gillian Anderson voices Cat. The villain of our story who just so happens to know a place where everything is welcome, her tummy