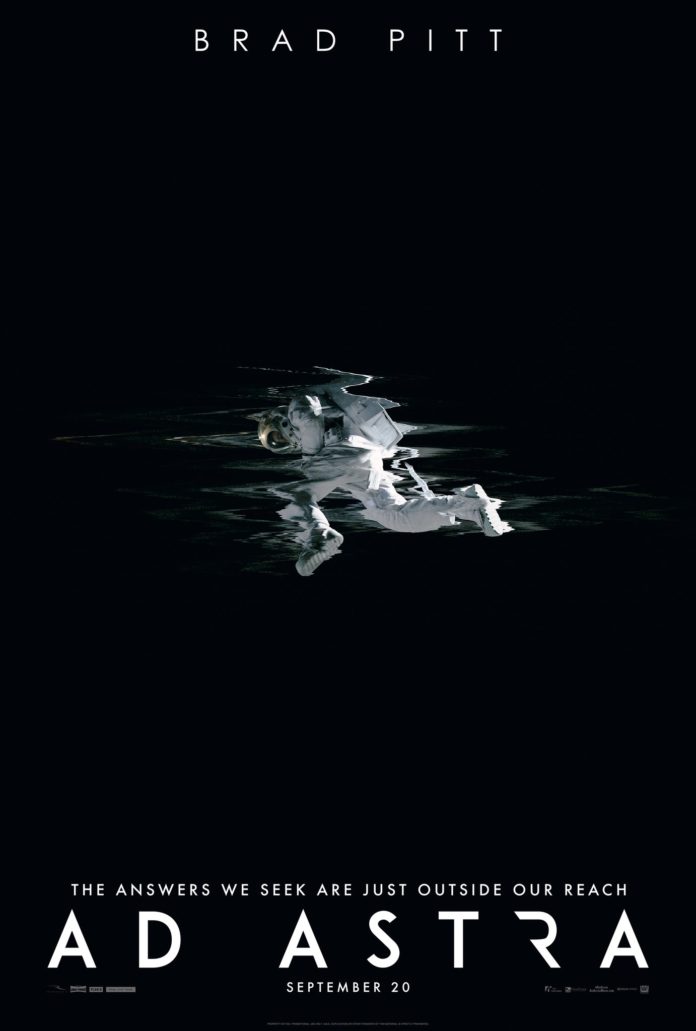 So whilst Brad Pitt is riding high off the success at Cannes of Once Upon a time in Hollywood 20th Century Fox have released the first tease for his next film so here we have the Ad Astra trailer.

Not entirely sure what that title means but we’ve been reliably informed that its Latin for ‘To the Stars’  the film is written by Gray and Ethan Gross in which Tommy Lee Jones plays a man who left his son to go on a mission to Neptune in the search for extraterrestrial life. Twenty years later, that now fortysomething son Roy McBride (Brad Pitt) sets out to find out what happened to his dad. As an astronaut  he travels to the outer edges of the solar system to find his missing father and unravel a mystery that threatens the survival of our planet. His journey will uncover secrets that challenge the nature of human existence and our place in the cosmos.

The Ad Astra trailer looks impressive from an effects point of view having been worked on by the same Visual effect supervisor who completed the recent Godzilla King of the Monsters film (who we interviewed recently) but trailer seems to suggest its a drama which becomes an action film by the end.

Director James Gray has said it will feature “the most realistic depiction of space travel that’s been put in a movie.” He’s also described it as “Sorta like, if you got ‘Apocalypse Now’ and ‘2001’ in a giant mash-up and you put a little [Joseph] Conrad in there.” which sounds an interesting mash up. Anyway apart from Brad Pitt and Tommy Lee Jones it also stars Donald Sutherland, Liv Tyler (not seen her in anything for a long time) and Ruth Negga.