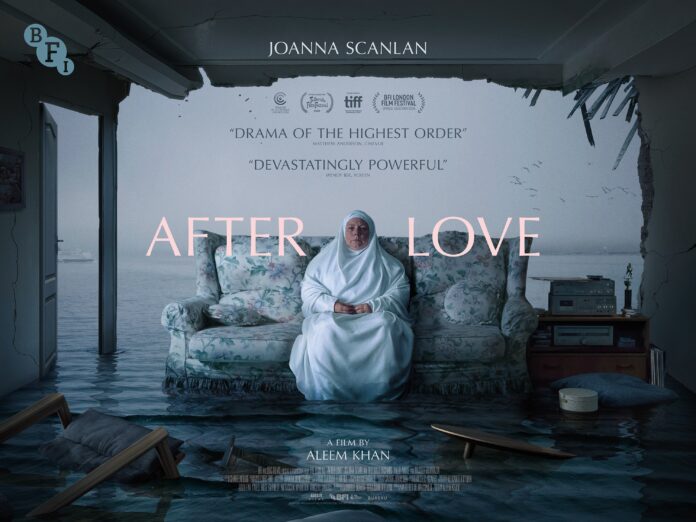 Now landing in our inbox is the After Love trailer starring Joanna Scanlan in a role we’ve not seen her do before. She may not be a household name but Joanna Scanlan is one of those actresses whose face you will know immediately from her roles in TV series such as Stella, Getting On and especially The Thick of It. She’s been in a number of films including the independent drama, the underrated Pin Cushion (review HERE), a few years ago which deserved a wider audience.

AFTER LOVE tells the story of Mary Hussain (Joanna Scanlan), who converted to Islam when she married and now is in her early 60s, living quietly in Dover with her husband Ahmed. Following his unexpected death, she discovers that Ahmed had a secret life just twenty-one miles away, across the Channel in Calais. The shocking discovery compels her to go there to find out more, and as she grapples with her shattered sense of identity, her search for understanding has surprising consequences. 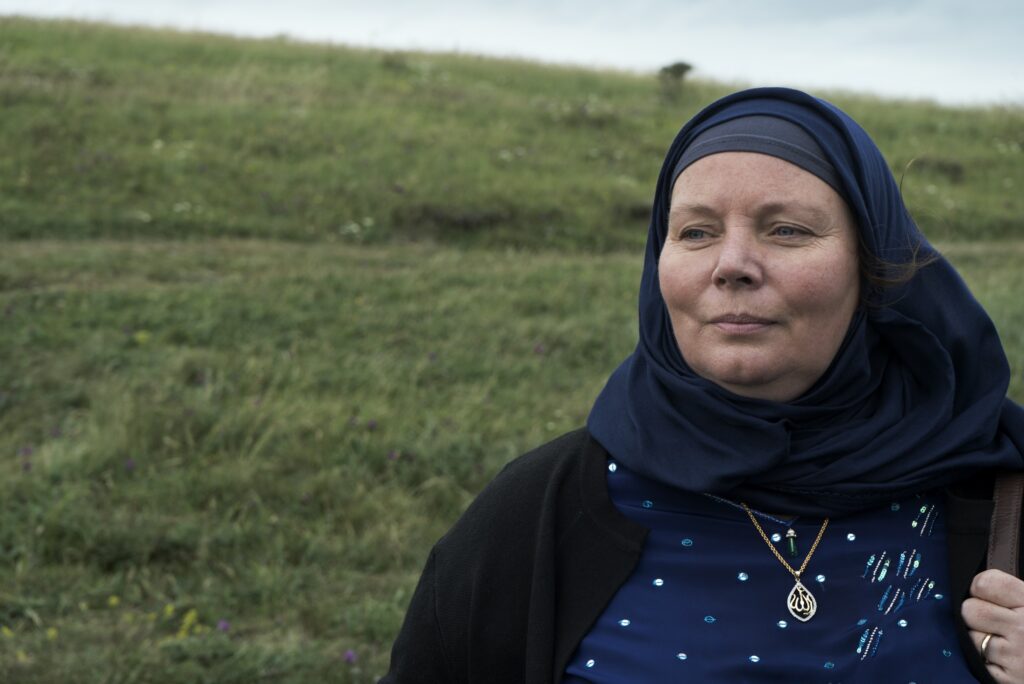 The film was awarded the Cannes 2020 Critics’ Week label, followed by selection for Telluride 2020, TIFF Industry Selects as well as the Rome Film Festival Official Selection. It had its UK premiere screening to much acclaim at the 2020 BFI London Film Festival. Aleem Khan was shortlisted for the IWC Schaffhausen Filmmaker Bursary Award in association with the BFI, presented during the festival. International festival presentations have continued and it will be screened at the Dublin International Film Festival on 8 March 2021.

Here’s the After Love trailer……