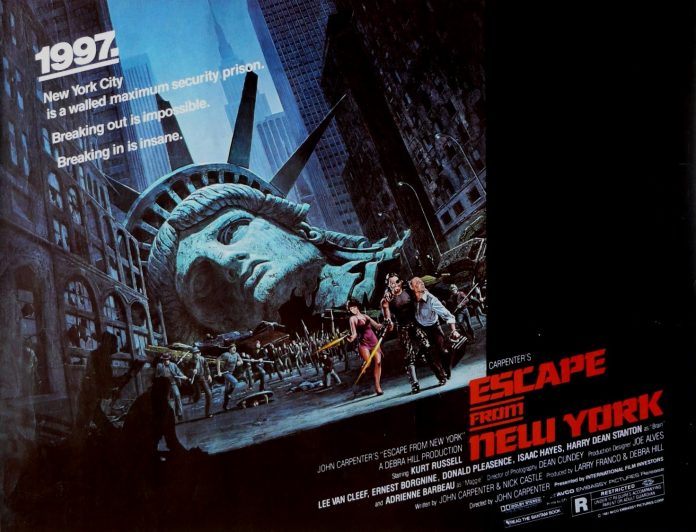 One of John Carpenters much loved films was his 1981 action hit, ‘Escape from New York’ with Kurt Russell. Unfortunately it prompted a rather duff 1996 sequel, ‘Escape from LA’.

It now seems that there’s going to be another film in what appears to be an extremely occasional franchise only this time it will be a prequel and much like the Planet of the Apes reboot it will be a film that will lead up to the 1981 original. The first draft of the script by ‘Luthor’ scriptwriter Neil Cross was finished about six weeks ago and features a villain called Thomas Newton who is heir to an agrochemical and biotech corporation.

In this prequel New York City won’t be a maximum security prison but a huge city of glass controlled by an A.I. named April and the rest of the world is apparently full with refugees.

Snake’s Plisken’s full name here is Colonel Robert ‘Snake’ Plissken and his mission is to get Newton alive and bring him in but he only has eleven hours to complete his mission and is up against an impending natural disaster named Superstorm Ellery.

Here’s the trailer of the original…….