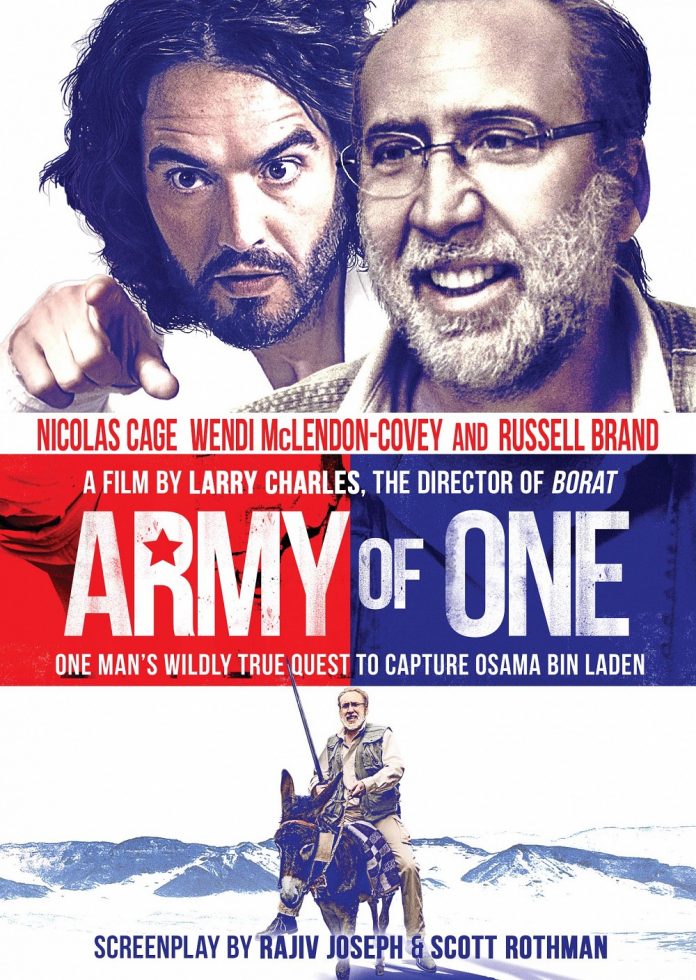 Having won an Oscar for Leaving Las Vegas and made a slew of really great action films including ‘Face Off’, ‘Con Air’ & ‘The Rock’ Nicholas Cage has spent the last 10 years making some utter dross (Season of the Witch, The Sorceror’s Apprentice, Bangkok Dangerous) with ludicrous performances and vying only with Christopher Walken for other actors to impersonate.

However it’s his bonkers mad delivery that makes him ideal casting for his next film, ‘Army of One’ a genuine true story about an American guy called Gary Faulkener who believed he was, to quote the Blues Brothers, on a mission from God to go to Pakistan to find and kill Osama Bin Laden. As you do.

Featuring Russell Brand as God , a role he feels he was probably born to play, and directed by Larry Charles (Bruno, Borat) this does look very funny….

At the moment though it only has a US release date.