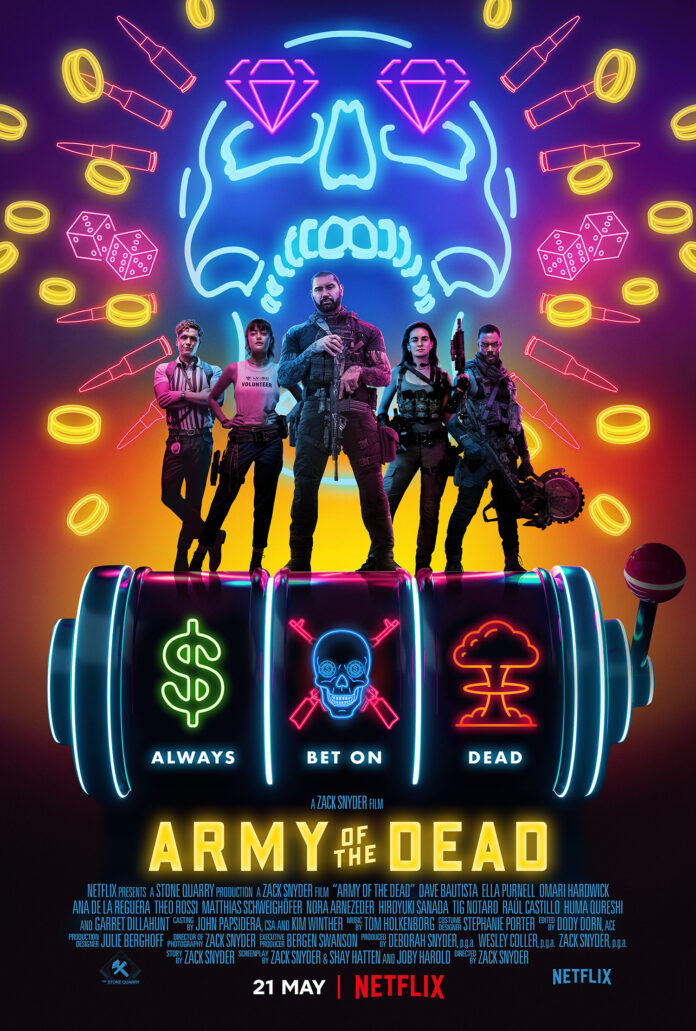 Director Zack Snyder returns to the zombie genre he started with his feature film debut with the first full length Army of the Dead trailer.

ARMY OF THE DEAD takes place following a zombie outbreak that has left Las Vegas in ruins and walled off from the rest of the world. When Scott Ward (Dave Bautista), a displaced Vegas local, former zombie war hero who’s now flipping burgers on the outskirts of the town he now calls home, is approached by casino boss Bly Tanaka (Hiroyuki Sanada), it’s with the ultimate proposition: Break into the zombie-infested quarantine zone to retrieve $200 million sitting in a vault beneath the strip before the city is nuked by the government in 32 hours. Driven by the hope that the payoff could help pave the way to a reconciliation with his estranged daughter Kate (Ella Purnell), Ward takes on the challenge, assembling a ragtag team of experts for the heist. 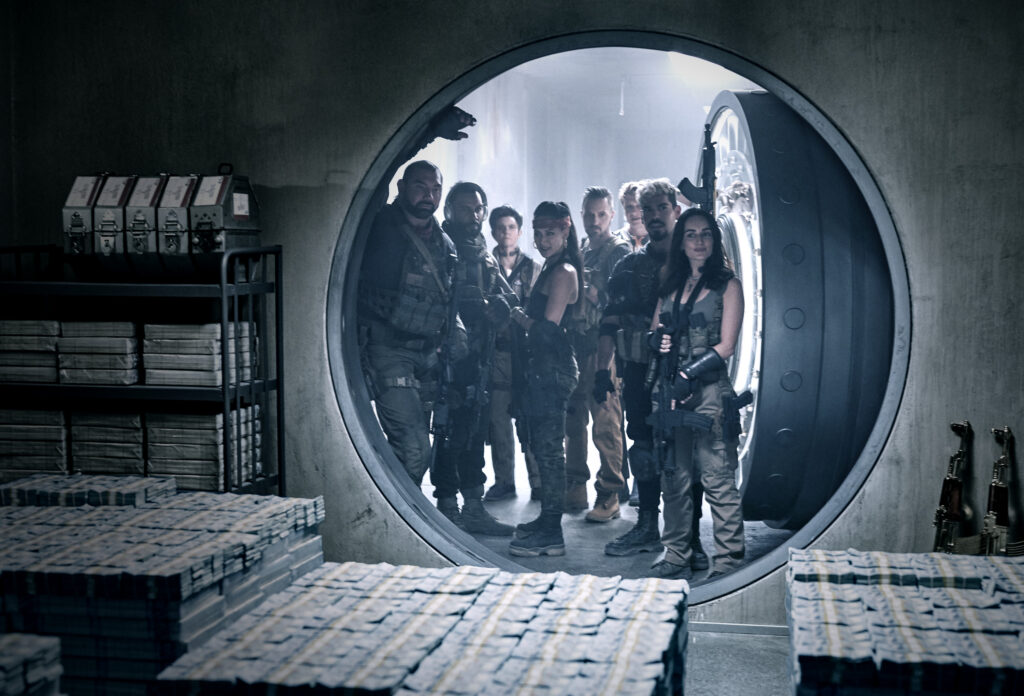 The last big zombie film was ‘World War Z’ whose exterior street scenes were shot in Glasgow presumably because they didn’t have to pay for extras when the local authority cancelled the methadone supply. But this Army of the Dead trailer look great fun.

Here’s the Army of the Dead trailer…..