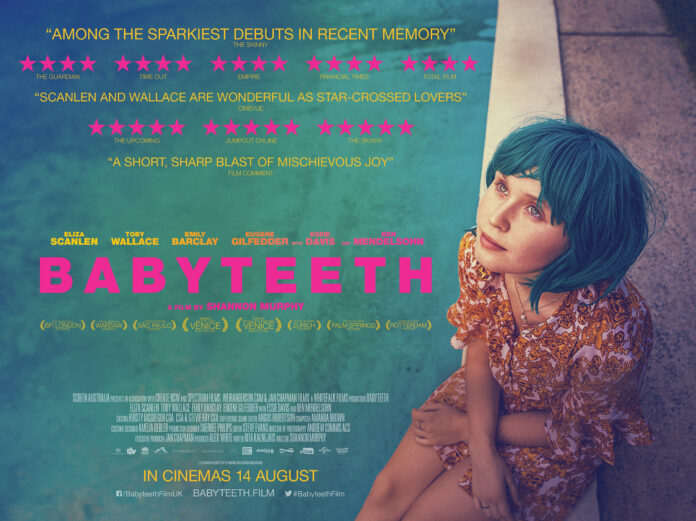 Typical of our Editor is that he told his kids that due to the pandemic the tooth fairy was on lock down  so couldn’t collect their babyteeth. Fortunately, after the Editor’s wife told him that he would find own his teeth under the pillow if the tooth fairy didn’t appear, the kids woke up with money under their pillow in the morning. Bit we digress as we now have the Babyteeth trailer. BABYTEETH premiered to widespread acclaim in competition at the Venice Film Festival, 2019, followed by the BFI London Film Festival, 2019, where it competed in the First Feature Competition. 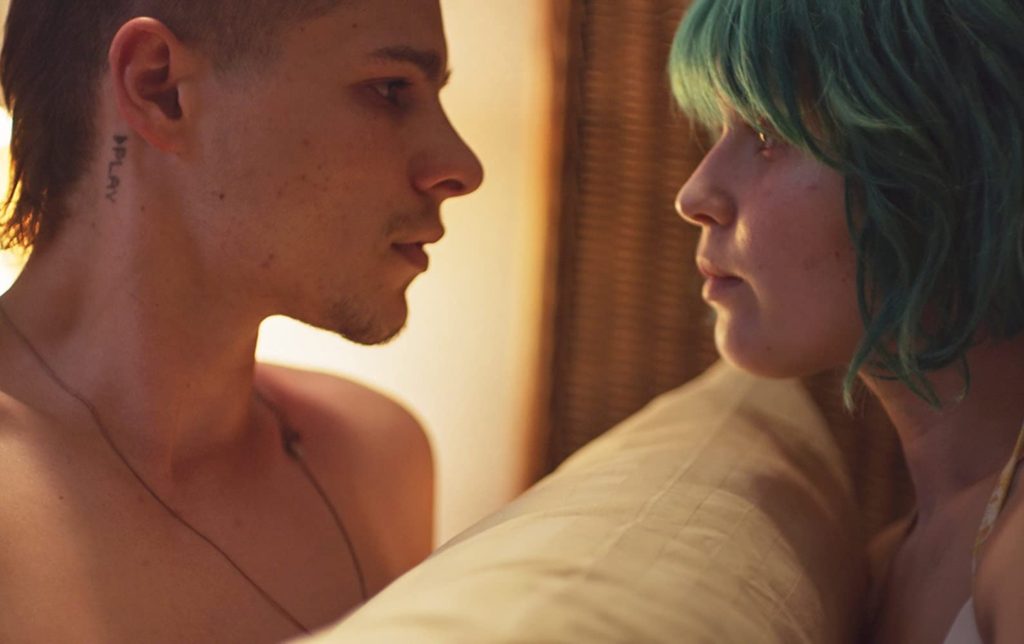 Eliza Scanlan (Little Women) gives a star-making performance in this vibrant and spirited drama from director Shannon Murphy (Killing Eve).  When seriously ill teenager Milla Finlay (Eliza Scanlan) falls in love with free-spirit Moses (Toby Wallace), it’s her parents, Henry (Ben Mendelsohn) and Anna’s (Essie Davis), worst nightmare. But as Milla’s first brush with love brings her a new lust for life, things get messy and traditional morals go out the window. Milla shows everyone in her orbit—her parents, Moses, a sensitive music teacher, a budding child violinist, and a disarmingly honest pregnant neighbour—how to live like you have nothing to lose. What might have been a disaster for the Finlay family instead leads to letting go and finding grace in the glorious chaos of life.

Some of Australia’s finest screen talent, including Ben Mendelsohn (Rogue One: A Star Wars Story), Essie Davis (True History of the Kelly Gang) and Toby Wallace shine in a film that has both the feverishness of first love and the visceral intensity of impending grief.  Wallace was awarded the Marcello Mastroianni Award for Best Young Actor at the 2019 Venice Film Festival. Based on scriptwriter Rita Kalnejais’ play of the same name and boasting an all-female production and direction team, Shannon Murphy’s feature directorial debut is at times playful, humorous, beguiling, and poignant. The film opens on 4th August 2020.