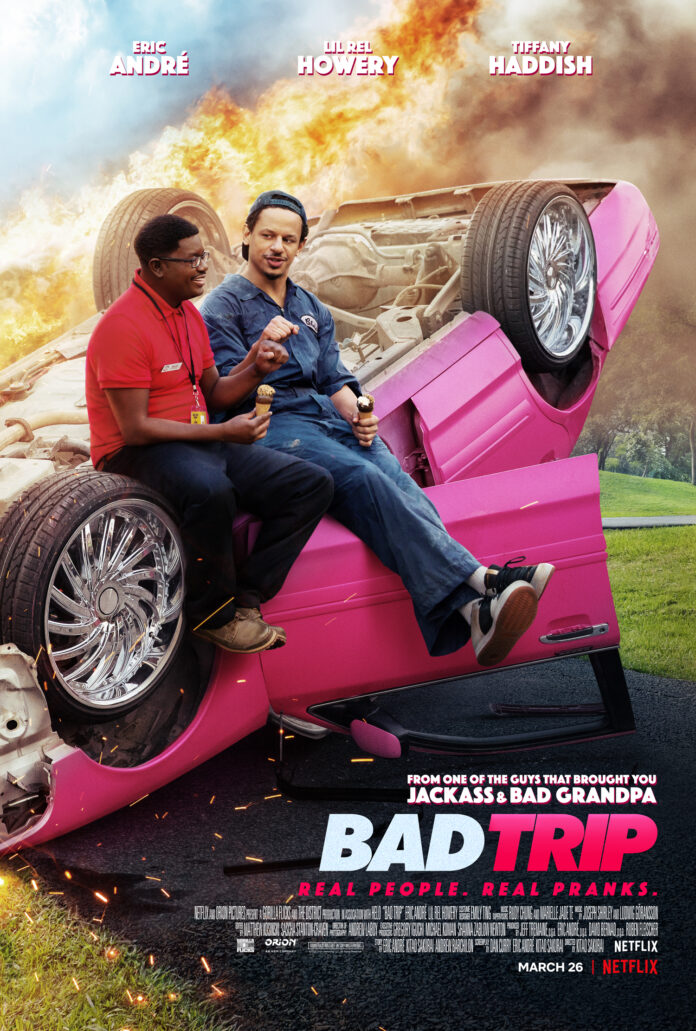 So whilst the grandmaster of this type of pranks was probably the Jackass crew we now now something similar with the Bad Trip trailer that is from one of the guys that brought you Jackass and Bad Grandpa.

A hidden camera comedy the Bad Trip trailer follows two best friends as they go on a cross-country road trip full of hilarious, inventive pranks, pulling its real-life audience into the mayhem. From what we can see here it seems to combine the best of Jackass with the genius of Sacha Baron Cohen’s Borat and Bruno films and Bad Trip appears to be part scripted and part ad-libbed with some bonkers stunts. From what we can see from the bad Trip trailer their pranks draw in gullible and amazed members of the public none of which seem to be capable of getting involved without whipping out their smart phones. 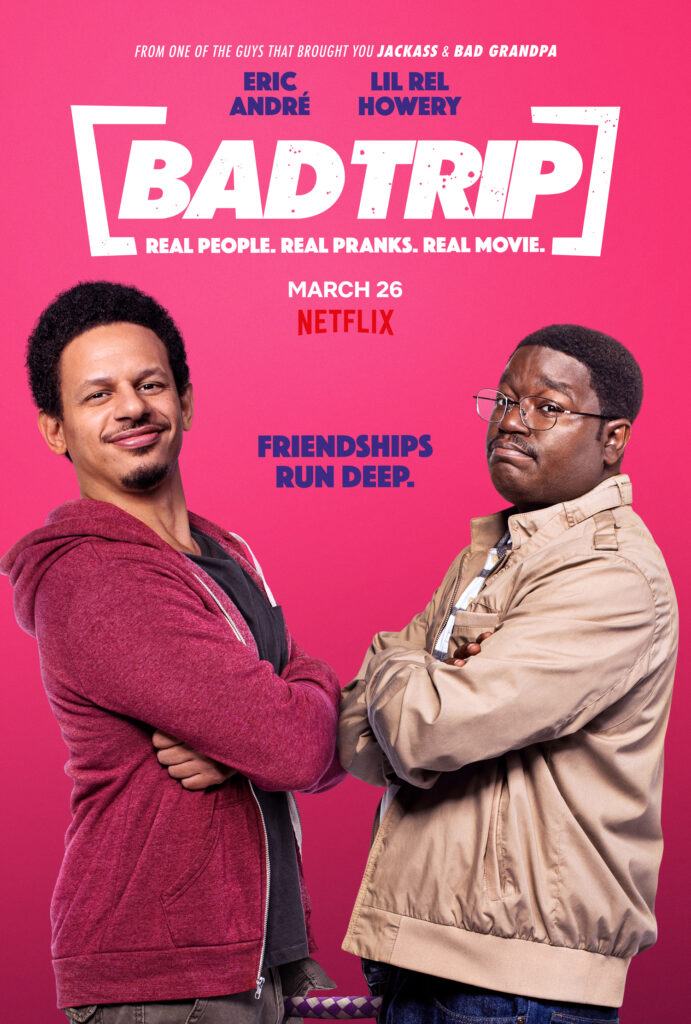 The film was originally supposed to premiere at the SXSW Film Festival on March 14, 2020, but the festival was canceled due to the COVID-19 pandemic with the U.S. theatrical release date of April 17, 2020, through MGM’s Orion Pictures, being canceled for the same reason. The movie was accidentally released on Amazon Prime Video on April 17, and taken down soon after. It was up long enough to be downloaded and leaked on pirating sites. Netflix bought the distribution rights from MGM a month later and the leak did not impact the deal.

Bad Trip will be released on Netflix on 26th March 2021