Crime scenes often have floral tributes tied to lampposts nearby with cards reading, ‘Heaven has another soldier’ whereas the truth is  that, ‘Hell has another drug dealer’ as the victim turns out to be mourned by no one except those he dealt to.  Photos of the stoner skulled numb nut shows him far from being a beautiful boy which shoe horned link brings us to Beautiful Boy.

Timothy Chalamat is the beautiful boy who first came to attention in ‘Call Me by Your Name’ earning him a Best Actor Oscar nomination and here its drugs that stalk him and bring about his downfall. Based on a true story he plays Nic Sheff son to Steve Carell’s divorced dad David who he now lives with as his mother now lives in another part of the country. Nic and his Dad have an enviably close relationship and the film frequently flits back to happier days notably a really joyful scene as Dad drives the pair of them on a road trip bonding over a Nirvana track playing on the car radio. Unfortunately it’s not the only thing they share where, what appears to be a spectacularly misjudged moment, has them sharing a cannabis joint so perhaps it’s this endorsement that leads Nic to experiment starting with the contents of his girlfriend’s parents bathroom cabinet. Quite whether cannabis is a gateway drug is never really addressed here and there’s no real obvious reason as to why he goes down this path.

It’s the beginning of his downfall with Carell now remarried with two young children whose innocence contrasts sharply with Nic’s increasing addiction and volatile behavior in turn aggressively in denial and the next all needy. The young children serve as a constant reminder of innocence lost but a reminder too that a parents love can and is tested to the extreme as he spends a fortune on rehabilitation programmes which Nic regularly drops out of like our Editor in an ill fitting pair of swimming trunks. Carell encapsulates so many emotions as his Ni’s father who bit by bit goes from patient and helping to frustrated and exhausted ultimately driven to the end of his tether like a Brexiteer watching politicians make a mess of it all.

Beautiful Boy is a title very much from a parent’s point of view but for the rest of us it’s difficult to have sympathy with a boy from a good background and everything he could hope for only for him to screw it up time and again. And therein lies its problem with Carell’s father doing his best for his son only for it to be thrown back in his face when you really want him to exercise some tough love. 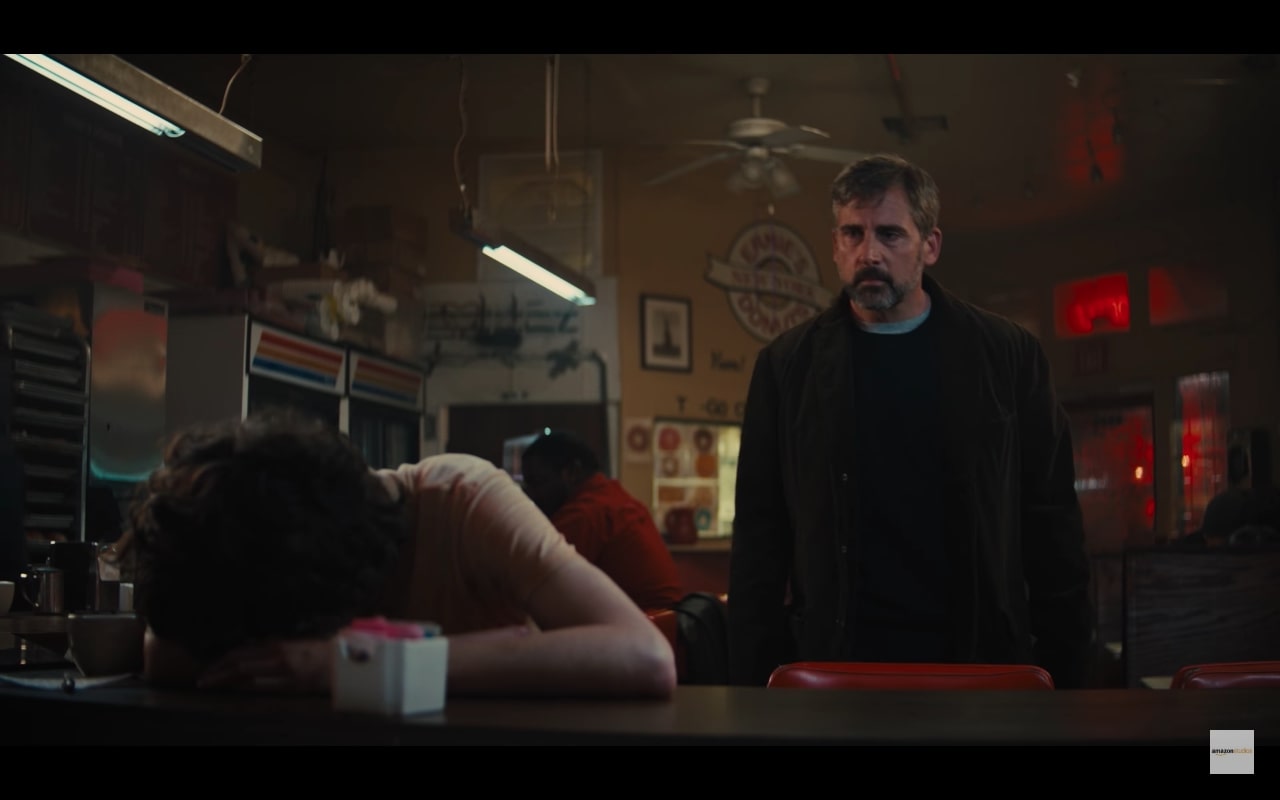 At the centre of the film are 2 great performances with this the second of three films that Carell appears in in as many weeks (Welcome to Marwen and Vice are the others) but no matter how tragic drugged up dum-dums might seem they soon become irksome oiks and whiny, needy irritants and Nic is no different even though Chalamet’s performance is still very good.